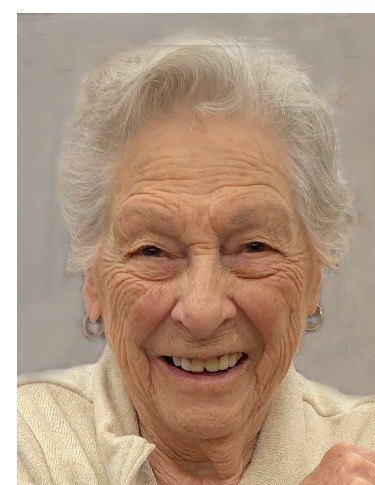 Barbara A. Chisholm- Halladay, 91 of Osage, IA, died on January 9, 2022. Funeral Services will be held at 10:30 a.m. Saturday, January 22, 2022, at Sacred Heart Catholic Church in Osage with Father Raymond Burkle officiating. Burial will be in Sacred Heart Cemetery. Visitation will be held from 4:00 to 7:00 p.m. Friday, January 21, 2022 at the church with a rosary at 4:00. Barbara Ann Chisholm-Halladay was born on January 22, 1930 to Peter and Justine (Weber) Weydert in Whittemore, Iowa. She graduated from Ventura high school in 1947 then attended technical college in Omaha where she graduated in 1948 with an Airline Communications-Stenography Diploma. On April 26, 1949 she married James Chisholm and to this union 6 children were born. Barb worked at J&L Tire co in Mason City until 1950 when she and Jim moved to Manly to farm. In 1953 they planted roots in Osage and continued farming until 1987 after which they settled in town. Together they owned and operated a used car lot outside of Osage until Jim passed in 1997. In 2002 she married William Halladay and they owned a golf shop until he passed in 2018. Barb enjoyed painting, fishing, camping, travel, racing, playing cards or dominos, and drinking wine with her family and friends. You could often find her by the piano whether she was playing, singing or teaching someone chopsticks or composing an original song. Even as her eyesight faded, her ability to play and sing continued to shine. There was nothing she enjoyed more than a house full of family and friends for her famous chicken and dumplings. She was the matriarch of the family and as such was delighted when she could get everyone together by hosting holidays at her home. Her grandchildren and great-grandchildren were her absolute joy. She always made sure they got a $5 check and/or fruit snacks for a birthday and a popcorn ball for Christmas. She never ceased to teach a life lesson or pass on a story, a German prayer or a song. Her grandchildren and now great grand-children grew up believing she was a 29-year-old Genie and she had a bottle in her kitchen to prove it. If you were “lucky” enough you were sure to get a grandma lecture and you will never forget it. Barb is survived by her five sons and one daughter; Mark (Deana) Chisholm of Osage, Michael (Debbie) Chisholm of Osage, Monte (Lezlie) Chisholm of Osage, Melany (Tony) Hejlik of Garner, Marty (Darla) Chisholm of Manly, Matthew (Rhonda) Chisholm of Adams, MN;20 grandchildren ;28 Great-grandchildren: Crystal & (Chris) Cockrum and their children Abigail & Maddox; Michael (Samantha) Chisholm and their children Caden, Jada, Gemma, Michael, Hunter, Stella & Owen; Kelly Chisholm & Dan Feather; Katie (Jordan) Bielefeld and their children William, Madeline, Weston, Walker and Meredith; Kristie (Jeremy) Nobles and their children Mia, Brielle, Beckham and Kennedy; Kimberly (Jake) Wiseman and their children Kinzli, Klayder and Kelix;. Kloe (Thomas) Randall and their children Reagan and Quinn; Klaire Chisholm, Jim Chisholm, Joe Chisholm; Justine (Brad) McGrath and their daughter Evelynn; Jessica (Wyatt) Wood, Jamie Hejlik; Mitch (Nikki) Chisholm and their children James and Thorin; Daniel (Madison)Chisholm and daughter Jade; Thomas (Halee) Chisholm and their daughter Harlow; Sawyer Chisholm, Isabelle Musel, Jakab Chisholm and Aidan Chisholm. She was preceded in death by her parents, her two husbands, five siblings; Marvin Weydert, Simon Weydert, Grace Jones, Pauline Quinn, Jackie Quinn. Champion Funeral Home 641-732-3706