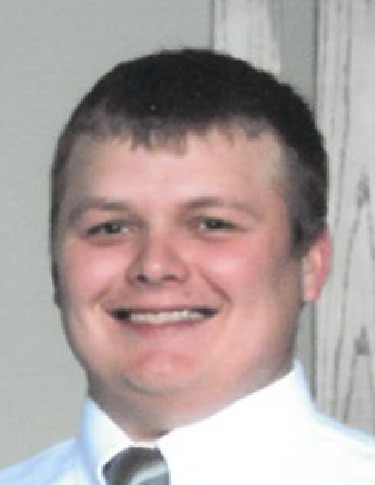 Jason Huisman, age 37, of Osage, died Saturday, May 21, 2022, from injuries sustained in an auto vehicle accident. Funeral services will be held at 11:00 a.m. Friday, May 27, 2022, at the Champion Funeral Home in Osage with Pastor Dixie Laube officiating. Burial will be in the Little Cedar Cemetery. Visitation will be from 10:00 to 11:00 a.m. Friday at Champion Funeral Home. Jason William Huisman was born on September 10, 1984, in Osage. He was the second born to Harold Huisman and Joyce (Goodale) Huisman. He grew up near Little Cedar and attended Osage Elementary School until 5th grade. After his father’s passing, he attended Forest City Schools until he graduated in 2003. He then attended Hawkeye Community College in Waterloo, and Northwest Missouri State University in Maryville, MO where he graduated with honors with a degree in Ag. Education. When Jason wasn’t busy working, you could find him doing something related to beef cattle. His love for working with cattle was spurred by his uncle Jack Goodale, while they worked on Jack’s farm. He also gained a lot of knowledge by working in various livestock-related jobs over the years. Jason also loved the outdoors – hunting, fishing, and trapping. He had a very close bond with his brother Justin, as they enjoyed many of the same things throughout his life. What a lot of people didn’t know about Jason is that he was very artistic and enjoyed drawing. Jason could also fix just about anything. He became a very good welder from skills he retained from working with his dad in his weld shop as a boy. Jason was a very strong and durable man, but he was also very kind-hearted. That was especially seen in later years when he’d spend time with his niece and nephew, Sophia and Henry. He was always quick with a joke and was known to leave everyone he met with a smile. Jason is survived by his mother, Joyce Huisman of Forest City, brother Justin Huisman and his wife Lacey and children Sophia and Henry of Osage, Grandmother Marlene Goodale of Little Cedar, a step-brother, many half-brothers, half -sister, aunts, uncles and cousins. Proceeding him in death is his father, Harold Huisman, grandfather Vernon Goodale, grandparents Richard and Minnie Huisman and Uncle Jack Goodale. Champion Funeral Home 641-732-3706