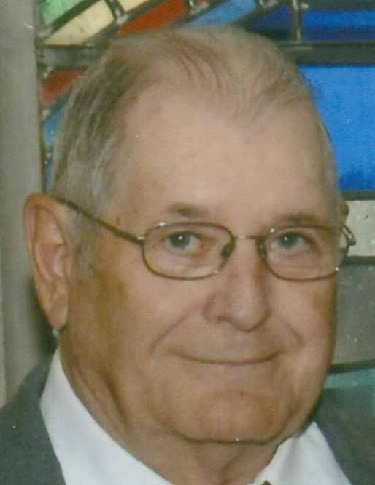 Lloyd Eldon Gerbig, age 85, of Osage, died Thursday, July 21, 2022, at his home in Osage. Funeral services will be held at 10:30 a.m. Monday, July 25, 2022, at Trinity Lutheran Church in Osage with Paster Bruce Kaltwasser officiating. Burial will be in the Osage Cemetery. Visitation will be from 4:00 p.m. to 6:00 p.m. Sunday, July 24, 2022, at Champion Funeral Home in Osage Lloyd was born December 22, 1936, in Stacyville, Iowa, the son of Roy and Mary (Adams) Gerbig He attended grade school in Stacyville and graduated from Little Cedar High School in 1955. On September 25, 1956, Lloyd married Esther Maas at Our Savior’s Lutheran Church in Lyle, Minnesota. At the time of his marriage, Lloyd worked for the Central Iowa Telephone Company in Lyle. He helped change telephones in the area over to dial tone. In 1957, they moved to the Osage area where Lloyd worked on a farm for two years. They bought a home in Osage and Lloyd worked as an attendant at two different gas stations. During this time, he added a 32 by 24-foot addition to their house, doing most of the work himself. Lloyd began driving school bus in the fall of 1960. He also worked at Coast to Coast. He then went to work at Osage High School as a night janitor/maintenance worker. While working at his regular jobs over the years, he also did odd jobs as a carpenter, electrician, plumber, etc. After 38 years as a school bus driver and 27 years as janitor/maintenance worker, Lloyd retired on July 1, 1998. He was a member of Trinity Lutheran Church in Osage. He was active with the Mitchell County Historical Society and served as a board member and oversaw the moving and restoring the Railroad Depot that is now located at Cedar Valley Memories Lloyd is survived by his wife, Esther of Osage; his children, David (Mari) Gerbig of Osage, Leanna (Bruce) Troge of Osage, Connie (Royce) Fordyce of Saginaw, Texas, Jerry (Kelly) Gerbig of Osage; six grandchildren and four step-grandchildren; seven great-grandchild and three step-great-grandchild; sister, Jeanine Kockler of Hanlontown;:sister-in-law, Rosella (Richard) Krahn of Osage; sisters-in-law, Frances Odekirk of Cedar Falls and Penny Maas of Claremont, Minnesota ; brother-in-law, Lyle Maas of Cedar Falls; and many nieces, nephews, and cousins. He was preceded in death by his parents; father-in-law and mother-in-law, Paul and Emma Maas; great- grandson, Henry Farmer; sister, Rosemary Ellis; brothers, Lenard Gerbig and Melvin Gerbig; brothers-in-law, Roy Maas, Gary Odekirk, Leo Maas and Cliff Ellis; sister-in-law Dorothy Gerbig. Champion Funeral Home in Osage, (641)732-3706.