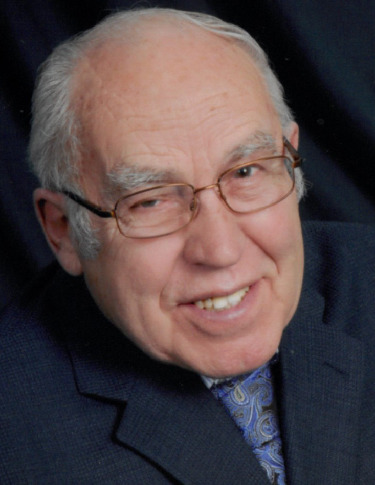 Glen E. Heinzerling, 87, of Osage, died Sunday, November 29, 2020, at Osage Rehabilitation and Healthcare Center in Osage. Private Family Graveside Services will be held at 1:00 p.m. Friday, December 4, 2020, at Oak Grove Cemetery in Mitchell with Pastor David Werges officiating. Visitation will be from 11:30 a.m. To 12:30 p.m. Friday at the Champion Funeral Home. Due to Covid-19 restrictions mask are required at all services and only 15 people will be allowed in the building at a time, please plan accordingly. Glen E. Heinzerling was born to William and Ruby Heinzerling on March 28, 1933. He was raised on a farm near Adams, MN with six siblings. Glen was taught at a young age the value of hard work, whether it be on the farm or as a John Deere mechanic, but, as a senior in high school, he said, "I managed to eke out a reasonable facsimile of an education. Not too many F's have decorated my report card to make it look like a Christmas card." In 1962 Glen started his career in the farm equipment business at the Oliver dealer in Osage. In 1964 he transferred to the John Deere dealer in Osage. He worked many positions (from mechanic to shop foreman) throughout his career at dealerships in Osage, Elkader and Madrid before retiring in 1997. His employers thought highly of him. One said, "I have never run across a more conscientious and thorough mechanic." Another employer said "Your positive attitude and continual good disposition tells a lot about you .. All good! " There were many times the home phone would ring with a farmer needing some part. Glen would leave his family to get the part and deliver it. He passed on his great work ethic to his six children. They learned to work as hard as they could for any employer who would give them a job. When asking Glen's children their favorite memories of their dad, it was mentioned that he helped the boys set up a snow removal and lawn mowing business which helped them to buy their first cars. The favorite memory of all time was the Osage 4th of July parade when Glen and his coworkers dressed as clowns and drove a clown car. The children loved to see their silly car and these crazy guys! He enjoyed woodworking, shopping for antiques, fishing, dancing, snowmobiling, and playing cards. There were many Sundays that included visiting relatives and eating great food. Glen is survived by his wife, Dallas of Osage; his children, Patrick Heinzerling of Dallas, Texas, Michael Heinzerling of Farmington, Minnesota, Kathleen (Edward) Dobrzynski of Mason City, Robert (Leanne) Heinzerling of Mason City, William (Joan) Heinzerling of St. Charles, Illinois, Kenneth Heinzerling of Marion, Donna (Al) Anhorn of Mitchell, Rick ( Pat) Anderson of Woodbury, Tennessee, Terry Anderson of Osage and Kelly (Stacy) Anderson of Osage; 21 grandchildren and 17 great-grandchildren; siblings, Dean (Jan) Heinzerling of Sun City, Arizona and Maxine Hanson of Albert Lea, Minnesota. He was preceded in death by his parents; his brothers, Carl and Earl Heinzerling; sisters, Phyliss Marshall and Doris Kaus; and a grandchild, Jessica.