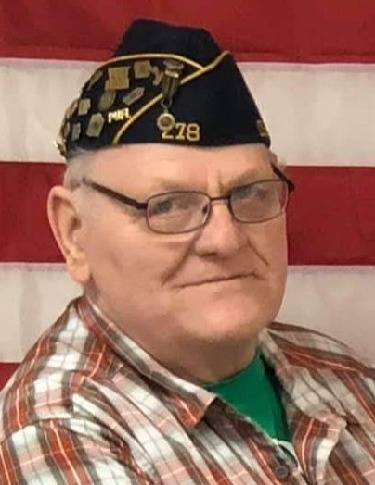 Lawrence (Butch) Jean Squier, age 78, of Osage, passed away peacefully surrounded by his family on Sunday, May 1, 2022. A Funeral Service will be held at 10:30 a.m. Monday, May 9, 2022, at the Champion Funeral Home in Osage with Pastor Dixie Laube officating. Burial will be at the Osage Cemetery with Military Rites by Osage American Legion Post 278. Visitation is from 2:00 p.m. to 4:00 p.m. Sunday at the Champion Funeral Home. Larry was born to Lawrence Edward and Virgene Alice Squier on February 6th, 1944, in Osage, IA. He graduated from Charles City High School in 1962. He served in the Air Force shortly after graduating High school. He married Georgia Spurbeck on February 23, 1974. For many years Larry was known as the “tv repair man” in Osage. As technology evolved changed careers and worked as a truck driver for Decker Trucking until he retired in 2009. For the last several years Larry has enjoyed spending time at the Legion with his wife as well as camping, fishing & hunting with his dad and brothers. Larry was preceded in death by his parents, a niece and a great grandson. Left to cherish his memory are his wife Georgia, his children Michele Jack, Laurie Squier, Valerie (Luke) Buttjer. 7 Grandchildren Amanda (Darren) Powers, Joshua (Alex) Skuster, Corina (Matt) Tucke, Brenden (Breana) Zobeck, Jacob Tucke, Bailee (Connor) Zobeck, Carter Zobeck. 10 Great Grandchildren and several nieces and nephews. Siblings Sandra (Ron) Bromley, Tom (Mary) Squier, Judy (Pat) Mohoney, Kenneth (Mary) Squier, Terry (Sue) Squier. In lieu of flowers memorials may be made to the Osage American Legion Post 278. Champion Funeral Home, Osage (641) 732-3706