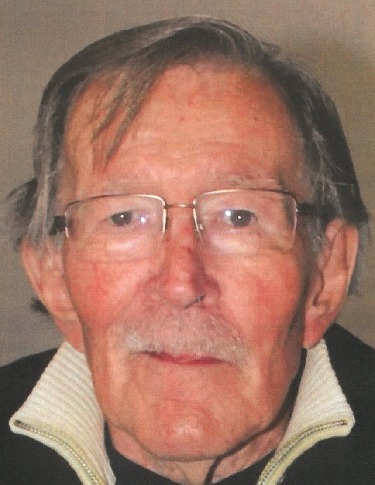 Ralph Schroeder, 83, of Millsboro, Delaware formerly of Osage, died Sunday, May 1, 2022. A Celebration of Ralph’s Life will be held Saturday, May 7, 2022, from 11:00 a.m. – 2:00 p.m. at the American Legion Post 278 in Osage. The family requests casual attire. Ralph was born February 7, 1939, on the family farm near Lyle, Minnesota, the son of Clifford Sr. and Rhoda (Hilde) Schroeder. He lived in and went to school in Lyle, graduating from Lyle High School in 1957. Ralph worked for Oliver/White Farm in Charles City. He was united in marriage to Mary Lou Rawn on July 28, 1956. To this union five daughters were born. They later divorced and he married Vivian Cardos in November 1975. He was a lifelong member of Our Savior’s Lutheran Church in Lyle, where he served as a deacon. Ralph enjoyed all sports, especially high school basketball when Lyle High School went to the state tournament in 1957. He was a member of Chicago Area Runners Association and ran 8 marathons. He was an avid Chicago Bears and Chicago Cubs fan and attended many home games when he lived in the Chicago area. Ralph is survived by his wife, Vivian Schroeder of Millsboro, Delaware; his children, Nancy Schroeder of Osage, Sandy Barnes (Craig Walters) of Grafton, Patti (John) Kisner of Manly, Andrea (Craig) Matt of Elk River, Minnesota and Chris Schroeder of Millsboro, DE; grandchildren, Nick (Lindsay) Clark, Jessica (John Higgins) Clark, Sean Flannery, Marissa (Kevin) Mason, Derrick (Devon Mullenbach) Barnes, Amber (Cory) Nye, Dylan (Carsen Duckert) Kisner, Parker Matt, and Kariana Schroeder; great-grandchildren, Caden, Jase, Kenzie Clark; Aislynn and Kenadee Clark, and his beloved golden retriever, Hunter. He is preceded in death by his parents, Clifford Sr. and Rhoda Schroeder; infant daughter, Marlene Schroeder; brother, Clifford Schroeder Jr. and sister-in-law Marlyn Schroeder In lieu of flowers, memorials can be sent to Pleasant Hill Cemetery, 1577 - 490th Street, St. Ansgar, IA 50472 where Ralph worked when he was a young man. Champion Funeral Home 641-732-3706