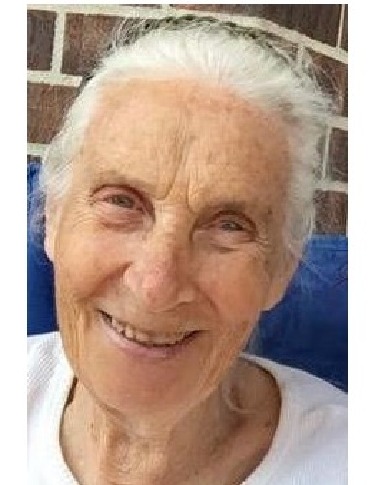 Loreen Wilde-Seely 89, of Osage died Saturday, August 13, 2022, at her home in Osage Funeral services will be held at 1:00 p.m. Friday, August 19, at Osage Alliance Church in Osage with Pastor Kevin Hercula officiating. Visitation will be from 4:30 – 6:30 p.m. at Osage Alliance Church in Osage. Burial will be at St. John’s Cemetery Rock Township. Loreen was born to Frank and Ida (Jenkins) Cooper. She was born at home on their farm near Little Cedar, joining a big sister Darlene and brother Bill. She attended Burr Oak NO. 6, a country school in Mitchell County, for her kindergarten and first grade. At that time, they consolidated a lot of little country schools, so she was then taken by car each day with her sister and brother to Little Cedar Consolidated School. It was an elementary through high school where she finished her schooling. At this time, little sister Barbara Ann joined the happy family. On February 14th, 1949 she was united in marriage to Elmer Wilde. They started farming on the family farm in Rock Township. Loreen and Elmer attended his church two miles from their home at St. John’s Lutheran Church. Loreen was confirmed into this church shortly after. She was a member of the ladies’ aide and taught Sunday School for many years. To this union was born seven children, Mary Lorene, Elmer Henry Jr., Kenneth Eugene, Larry Dean, Marjorie Ann, Donna Marie, and Marcia Darlene. Loreen loved the farm working beside her husband in the fields, doing chores, unloading bales or whatever was needed. She also raised chickens and had a big garden. In the fall was a busy time canning all the vegetables and fruits from their garden and orchards as well as harvesting crops from the fields. When the children were grown, Loreen started working at Faith Nursing Home as a nurse’s aide. She worked there several years. For a little better pay she changed to Manly Care Center. She took on a second job at Decal Specialties. When Decal Specialties closed their doors after her working there several years, she decided to continue her education at Hamilton Business College with her youngest daughter. Upon graduation, she assumed a position with Kraft General Foods where she worked until retirement. Elmer passed away on June 8, 1987. Loreen stayed on the family farm although she had to continue to work in town to support herself. On May 1, 2004, she married George Seely and he joined her on the farm. She is survived by her husband George, daughters Mary Lovik, Marjorie (Brad) Bridgeman, Marcia (Todd) Duncomb, Pastor Elmer Jr. (Jodi) Wilde, Ken (Carla) Wilde. Grandchildren; Tim Wilde, Ben Bridgeman, Andrew Bridgeman, Zach Bridgeman, Cindy Duncomb, Joe Duncomb, Josh Duncomb, Jeremy Steffenson, Brendan Steffenson, Sean Steffenson, Anna Benson, Amy Smith, Heather Geerts, Dan Wilde, Brent Wilde, and many Great Grandchildren. Sister Barb Barkhuff and many nieces and nephews. She is proceeded in death by her parents Frank and Ida Cooper, husband Elmer Sr., her children Larry Dean and Donna Marie, grandson Luke Wilde, her son-in-law Lloyd Lovik, her brother Bill and sister Darlene, and brothers-in-law David Barkhuff, Arnold Wilde, Roy Wilde, Irvin Wilde, and sisters-in-law Alice Kuntz, Wilma Hackbart, and Vinora Feldt. Champion Funeral Home 641-732-3706