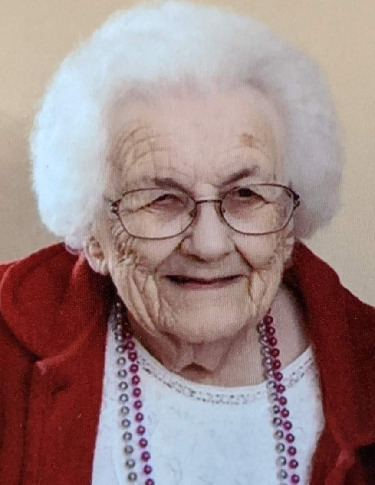 Maxine H. Anderson, 100, passed away on November 4, 2020, at the Faith Lutheran Home in Osage. Maxine was the first child born to Arthur and Mabel (Kelly) Nelson on the farm at rural Malta, IL, on June 6, 1920. She attended the schools in Malta and graduated from high school. She was united in marriage to Philip Clinton Anderson at her parents' Malta home on June 3, 1939. To this union 3 children were born, Loretta, Judith, and Dale. Maxine and Clinton moved to their farm near Sycamore, IL, where she worked by his side in their farming operation. She was often seen driving a tractor in the fields, working in the yards, helping with the livestock, or selling eggs. She ran the household and made sure her daughters went to dance and piano lessons. She was also a 4-H leader for many years. She worked outside the home as a cook at the high school in Sycamore for many years, as well. She was a member of the Malta United Methodist Church. In 1972, the couple moved to a farm near Osage so that their son, Dale and wife could join in the family farm operation. Once again, Maxine was seen on the tractors, caring for the livestock, as well as the yard and garden. In Mitchell County, she was a member of the Little Cedar United Methodist Church. In 1983, they moved from the farm to a house in Osage. When Clinton's health was failing, she moved to Evergreen Independent Living Apartments. While living there, Maxine was a member of the Evergreen Knitting and Crochet Club. This group made many afghans, baby layettes, hats and mittens for the needy. These items were donated to groups around Iowa. She had been living in the Faith Lutheran Home for 4 years. Left to cherish her memory are her 3 children, Loretta Hunt of Farmington, MN, Judith, and Dale (Carol) Anderson of Osage, 6 grandchildren and 11 great-grandchildren, as well as nieces and nephews. She was preceded in death by her husband Clinton, parents, a sister Berniece, and a nephew, Wayne. There will be a private family graveside service on November 7, at the Osage Cemetery. A celebration of her long life will be held at a later date.