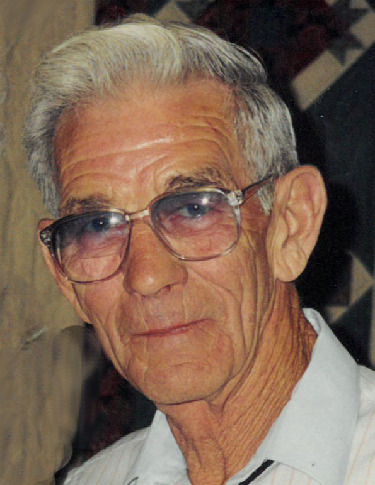 Leslie "Bud" Eldon Thurnau, 93 passed away November 9, 2020 at Mercy One Hospice Care in Osage, IA. Leslie was born May 3, 1927, in St. Ansgar Township, the son of John and Christina (Adams) Thurnau. He attended school in Brownville, IA. Leslie served his country in the United States Navy Seabees, during World War II, in Okinawa, Japan from 1944-1946. He was a lifetime member of the Osage V.F.W. He married the love of his life, Dorine "Suzi" (Grinstead) Thurnau on August 16, 1947, at the Congregational Church in Osage. To this union in marriage they had three children Aaron, Lonnie and Crystal. He lived with his wife, Suzi their entire life in Osage. He was employed at the Osage High school for 11 years and then a self-employed mechanic until his retirement. In his younger years, he loved to go dancing with Suzi. He enjoyed watching western movies and crafting wooden yard ornaments. Leslie particularly enjoyed spending time with family and friends and sharing his life stories. Both Leslie and Suzi were members of Our Saviors Lutheran Church, Osage IA. Leslie is preceded in death by his wife, Suzi, his parents, two brothers, and one sister. Leslie is survived by his children, Aaron (Marlys) Thurnau of St. Ansgar; son, Lonnie Thurnau of Osage; daughter, Crystal Patrick of Osage; five grandchildren, Tanya (Terry) Adams, Molly Kennedy, Jay (Michele) Kisner, Casey (Steph) Thurnau and Tylor Patrick; ten great-grandchildren; one sister, Ruth Rasmusson of Mason City; and numerous nieces and nephews. A private grave site service will be held at Orchard Cemetery, where Leslie will be interred along with his wife Suzi. Military honors by American Legion Post 358 of St Ansgar.