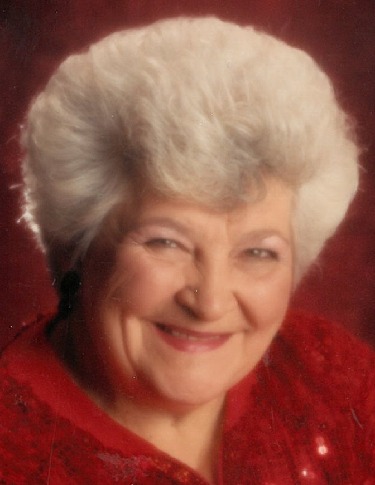 Jackie was born in Manly, on January 29, 1935, the daughter of Ermine and Mary (Basgall) Todd. She attended Manly schools and graduated in 1953. Jackie was united in married to Milton Eugene Trout on June 17, 1953 in Manly, Iowa. She worked as a cook at Mitchell County Hospital where she retired from. She was a member of the United Church of Christ in Osage. Jackie had many interests which included playing Bridge, 500, knitting ,taking trips to the Casino, singing and baking (especially her pies). Jackie most of all enjoyed spending time with her children, grandchildren and great grandchildren. Jackie is survived by: her son, Steve (Deedee) Trout of Eden Prairie, Minnesota; her daughters, Cindy Goodale of Osage, Linda (Dave) Johnson of South Port, North Carolina, Donna (Bruce) Mobley of Mason City, Wendy (Duane) Wagner of Osage, Terry (Dave) Hemann of Osage and Lisa Trout of Mason City; her grandchildren and great-grandchildren, Valerie (TC) Heard and their children, Emma Williams, Zachary Williams and Nolan Heard; Michelle Goodale (Dustin Tschann) and her children, Jacey and Jalynn Goodale; Derek and Kirsten Trout; Angel D’Auria and Rachel Johnson and her son Kahiler (Bethany) Johnson; Christopher (Kayla) Mobley and their children, Claire and Cade; Jennifer Mobley and her son, Ethan Klein; Matthew Mills, Luken (Adam) Foster, Jason (Amanda) Wagner and their children, Emma and Aidan, Crystal (TJ) Beyer and their children, Payton, Isis, Brighton and Avett, Stephanie (Casey) Thurnau and their children, Adaya, Brielle, and Kessah; Nicole Wagner; Amanda (Andy) Muller and their children, Alexander (Alana Noss), Madelynn, Grace, Abigail and Olivia; Brittany Hemann and her son, Isaac; Samantha (David) Klein, Jared (Lexi) Rogers and their children Jaxton, Jace and Jett; sister, Susan (Marlin) Deets and brother, Ermine Todd, sister-in-law, Rosie Todd and many nieces and nephews. She was preceded in death by: her parents; husband, Milton “Gene” Trout; brother, John Todd, son-in-law, Robert Goodale, grandson-in-law Matt Williams; great-grandson, Owen Klein and sister-in-law, Aldyn Todd. The funeral will be live streamed on Osage United Church of Christ Facebook page. Champion Funeral Home, Osage (641) 732-3706.