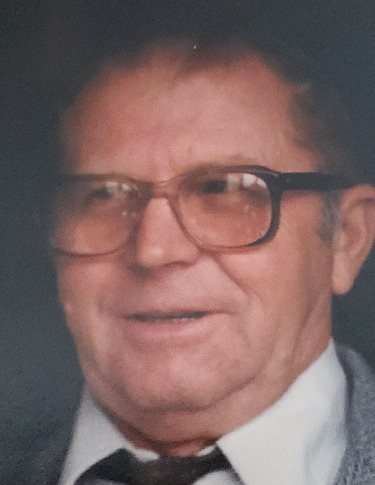 Osage, IA - LeRoy "Doc" Irving Benttine, 88, of Osage, died Sunday, November 1, 2020 at the Faith Lutheran Home in Osage. A funeral service will be held at 10:30 a.m. On Friday, November 6, 2020 at Our Saviors Lutheran Church, Osage with Rev. Brian Odeen officiating. Visitation will be November 5 at Champion Funeral Home from 5:00 - 7:00 p.m. Burial will take place at Osage Cemetery. Doc was born on January 30, 1932 to Carl and Alice (Thompson) Benttine in Worth County, Iowa. He graduated from Little Cedar High School. Doc entered the military and was stationed in the Sault Ste. Marie, Michigan. While stationed there he met Joanne Hawkins in the U.P. While on a double date with her sister. Doc and Joanne married a few months later. They were married on January 2, 1954. The marriage lasted 66 years. From that union there were three children born, Connie Kay Benttine Wagner, Dennis Dean Benttine and Carl LeRoy Benttine. After the service Doc was a farmer, then continued as a truck driver. He was a jack of all trades. He was very proud that he was the start of three generations of military service. Doc enjoyed and was an avid fisherman, horse trader, tinkerer, a master of the argument and always right. Doc is preceded by his parents, son, Dennis and 3 brothers, Clayton, Lester, Donald. Doc is survived by his: wife Joanne Benttine; daughter, Connie (Galen) Wagner and their children, Gabriella (Steve) Frost, Peter (Wendy Wolf) Wagner, Melinda (Andy) Beland, Tasha (Bobby Deeds) Wagner; Dennis's children, Rose Woolums, Heather (Steveo Raybon) Benttine; son, Carl (Stephanie) Benttine and their children, Allison (John) Weaver, Savannah (Jordan) Nelson, Zachary (Jess) Benttine; 16 great-grandchildren; many nieces and nephews; two sisters-in-law, Janice Benttine and Marianne Benttine.