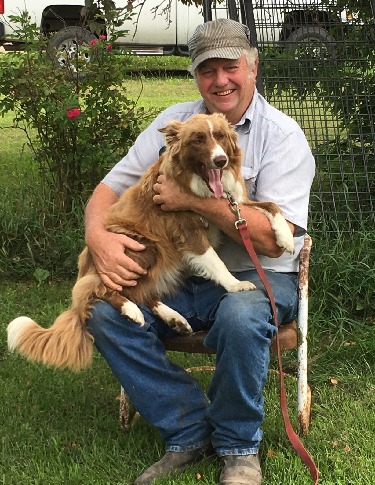 Northwood, Iowa – Grayling Wilbur Stayner, age 69, of rural Northwood, Iowa died peacefully on Wednesday, January 18, 2023 at the Lutheran Retirement Home in Northwood. Funeral services will be at 10:30 a.m. on Monday, January 23, 2023 at Schroeder & Sites Funeral Homes in Northwood. Visitation will be held on Sunday, January 22, 20233 from 2:00 – 4:00 p.m. Burial will be at London Deer Creek with a meal to follow at Deer Creek Valley Lutheran Church in rural Glenville, Minnesota following the burial. Grayling was born October 18, 1953 in Mason City, Iowa the son of Wilbur R. and Susie O. (Askelson) Stayner. He graduated from Northwood High School in 1972. Grayling was united in marriage to Marilyn Kay Ibbotson on July 5, 1980 at the Old Stone Church in Rock Falls, Iowa. Born to them was the love of their life daughter, April Kay Stayner on April 13, 1981. They farmed on the home farm in Northwood where Grayling lived his whole life. Grayling loved farming and raising purebred Hampshire pigs, milking Holstein and Shorthorn cattle, raising Hereford Cattle, and pure bred Angus cattle. He and his daughter raised, bred, and showed Dorset show sheep, cross bred show sheep, and they brought home many awards, honors, and State Fair championships. In school, Grayling excelled in wrestling. He loved competing. Grayling is survived by his: wife of 42 years, Marilyn Kay Stayner of rural Northwood; sister, Kathleen Corell; nieces and nephews, Sara (Les) Hardy and their children, Rachel and Daniel, Shanan (Jim) Evens of Oelwein and their children Logan, Lucas and Desiree, Timothy (Ashlyn) Stayner and their children Jakobi, Jasmine, Jayson and Jade, Theodoar (Amanda) Stayner and their children Madelynn, Violet, Charlotte, and Eddie, and Samuel Stayner of Orchard; and sister-in-law Janet (Tom) Ewer. He was preceded in death by his: daughter, April Kay Stayner; parents, Wilbur and Susie Stayner; brother, Edward Stayner; father-in-law and mother-in-law, Donald and Alliene Ibbotson; and brother-in-law, Roger Corell.