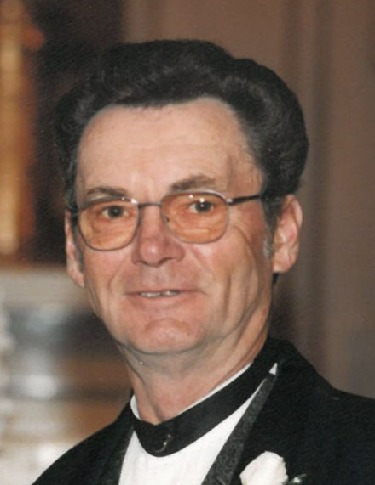 John Duren (Pete) 85, of Osage IA passed away peacefully with his children at his side on January 22, 2023 under Hospice at the Mitchell County Regional Health Center in Osage. A Funeral Mass will be held 10:30 a.m. Saturday, January 28, 2023, at the Sacred Heart Catholic Church in Osage with Father Raymond Burkle officiating. Burial will be in the Sacred Heart Cemetery in Osage. Visitation will be Friday, January 27, 2023, from 5:00 p.m. to 7:00 at the church with a rosary at 4:45. A lunch will follow the services.. Pete was born May 5, 1937, to John and Mary Duren in Stacyville, IA, where he grew up on a farm with 7 brothers and 3 sisters. After graduation he married Janice Hernan, and to this union, 3 daughters and 2 sons were born. After several years of marriage, they divorced, and Pete was later remarried to Connie Thome. Pete and Connie remained married until her passing in 1991.Pete enjoyed anything outdoors including hunting, fishing, boating, camping, gardening, and keeping his yard immaculate. He also enjoyed camping and spending time with family and friends. Pete was also involved with the Osage Conservation Club and served as the president for several years. Pete loved singing and playing guitar with his band Pete's Playmates. Pete's career as a mechanic started while working at White Implement and he eventually went in business for himself by starting Duren Co-op Service in Osage where he worked until retirement. Pete was preceded in death by both of his parents, his wife Connie, his daughter Debbie Pederson, five brothers Gerald Duren, Eligius Duren, Steve Duren, Ray Duren and Joe Duren. Two sisters, Madaline Blazer and Priscilla Kiefer, along with several bothers and sisters-in-law. He is survived by his daughters and sons-in-law Julie (Ken) Gabby, Vicki (Steve) Johnson. His sons and daughters-in-law Marlin (Kelli) Duren and John (Alejandra) Duren. Six Grandsons, Aaron Gabby, Jeremy Gabby, Dillon Johnson, Tristan Johnson, Jacob Duren and Zachery Duren. One Great-Grandson, Gage Gabby. Two brothers, Otto Duren and Hubert Duren. One sister Olga Thurnau, several brother and sisters-in-law and many nieces and nephews. Champion Funeral Home, Osage, (641) 732-3706