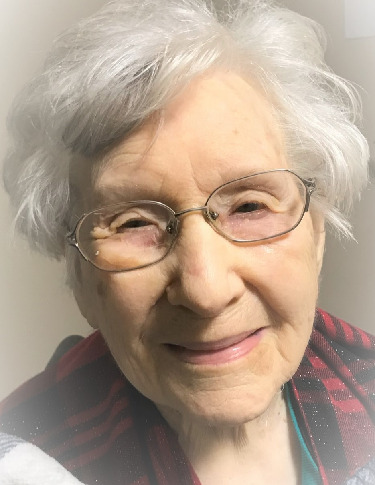 Viola Engelstad, age 98, passed away at the Briarwood HealthCare facility in Iowa City, Iowa. A celebration of her life will include a visitation from 12:00 – 2:00 p.m. and funeral 2:00 p.m. on September 30, 2021 at the First Lutheran Church in St. Ansgar, Iowa. Early morning of September 13, 2021, our beloved mother, Viola T. (Thompson) Engelstad, passed away at 98 years old, just 24 days shy of her 99th birthday on October 7th. Viola was born on a farm near Kanawha, Iowa, the 5th of six children born to William and Tina Thompson, whom have all preceded her in death. At a young age, the Great Depression began, and the challenges for her family were met with hard work, faith and working together. Viola attended Kanawha schools, and was particularly excited for the opportunity to attend Augustana Academy in Canton, So. Dakota for her senior year of high school. Augustana provided the curriculum for education along with an emphasis on music skill development, participation in choir, and continued growth of her Christian faith. She also developed lifelong cherished friendships. After graduating in 1940, she worked as a clerk at a Christian bookstore in Sioux Falls, and a child caregiver for the Pillsbury family in Minneapolis. She trained and worked as a Licensed Practical Nurse at Lutheran Deaconess Hospital in Minneapolis. In later years, she worked as a home health aid. When the U.S. Joined the World War II conflict, Viola corresponded to servicemen enlisted in the Army Air Corps. This resulted in a relationship that developed into marriage to Stephen L. Engelstad from Astoria, So. Dakota, on October 19, 1946 lasting until Stephen died on July 23rd, 2015. Their first home was a balcony apartment in the Central Lutheran Church in downtown Minneapolis, where Stephen worked as the church janitor while he was attending school at Augustana College and Luther Seminary. Stephen was ordained a Lutheran minister in 1955. Viola and Stephen, also had started their family. They served several parishes including Strum, Wisconsin; Fairdale, North Dakota; Irene, South Dakota; Rockford, Iowa, Estherville, Iowa and St. Ansgar, Iowa. In retirement, Stephen and Viola served in parishes at Cresco and Mason City. Viola's primary vocation was homemaker, providing support for her husband and family with love, compassion and fabulous cooking. She kept busy with a growing family and served in many events including Ladies Aid, Bible studies, Christmas programs, and church choirs. By 1959, the last of the six children had been born: Dianne, David, Daniel, Jonathan, Joy and Janice. Through the years, Steve and Viola shared the enjoyment of maintaining a garden wherever they could, providing fresh fruits and vegetables, and beautiful flowers. Viola and Stephen took their family for many summer visits to the relatives. This was a special treat for our family, filled with lots of fun for the cousins and a chance for the parents to visit. There was always plenty of humor, laughter and adventure to be enjoyed and many memories created, plus an abundance of great food (provided by the many great cooks of our families): homemade bread, rhubarb jam, every kind of pie, cookies, fresh vegetables from the gardens or fields, and more. By the late '60's, the empty nest syndrome began for them, but by the late seventies and on, the grandchildren began to arrive, eventually numbering twelve, who all enjoyed trips and visits with the grandparents. Then as things go, the great-grandchildren appeared; and to date, there are twelve, most all of whom have met in person or by media their great-grandmother, Viola. In 2012, Stephen moved to IOOF in Mason City. The next year, 2013, Viola moved from St. Ansgar to Kentucky Ridge Assisted Living to be closer to Stephen. This became a wonderful meeting place for our families to come to stay and visit. It was good for Viola also since she met several lovely friends in this community. As she began to need more care, the last couple of years of Viola's life were spent at Good Shepherd in Mason City, and then Briarwood Health Center in Iowa City, where David could visit often. Viola's abundant energy lasted until well into her 90's. Her positive attitude, faith, unconditional love, forgiveness, and humility will remain an example to us all. A quote from an article she wrote from "Memories From the Parsonage" : "God is faithful and He will guide each of us to the time when we are at home with Him in His Kingdom".