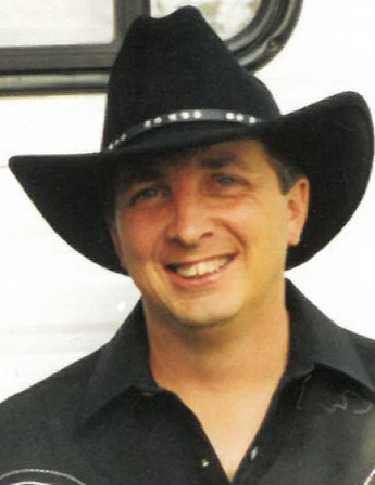 Jon Alan Baker, Osage, passed away peacefully into the Lord's arms on Sunday, September 19, 2021, surrounded by his family. Jon was born in Maine, while his father Larry Baker was stationed there in the Air Force. Jon grew up in Maine, Kicheloe, MI, and Charles City, IA. Graduating from Charles City High School in 1983. Jon married Dea Parker, and five children were born to this marriage. They later divorced. Jon met the love of his life Orene in May 2001 thanks to Sue and Rick that set them up on a blind date. Jon and Orene were married on September 18, 2004. They celebrated their 17th anniversary the day before he passed with family camping in their backyard with a colorful campfire and many laughs. Jon enjoyed camping, working on cars and trucks, putting together car models, puzzles, and traveling with his wife. He built the best campfires, the bigger the better. Coming from a fire fighter family he was the pyro (chuckle). Jon and Orene had a combined family of 9 children, Gina Baker-Parker, daughter Morgan, Dana (Adam Abbott) Baker, children; Caden, William, and Izabella, Lona (Ryan) Cain, children; Aubrey, Margeaux, and Kynzlee, Jon (Liah Carey) Baker, children; Rydyr, Brooklyn, Karra, and Weston, Aaron Baker, son Brantley, Erin (Kevin) Klotzbier, children; Evan, Dayna, Bailey, and Arya, Britani (Josh Olson) Evans, children; Keyra, Kendall, Kaitlyn, and Kolton, Megan (Jarad) Rand, children; Grace, Kyvrik, and Araynna, Jon (Emily) Kraus, children; Ava and Adelynn. Jon is survived by his wife Orene, his mother Ellen Baker, siblings; Jean and Robert Webb, Rick LaDuke Baker, Erin and Jackson Barnett, Danielle and Phillip Donnay, and many aunts, uncles, cousins, nieces, and nephews. Along with many special friends including his fur kids Max and Mae. Jon is preceded in death by his father and step-mother Larry and Cherryl Baker, Grandpa and Grandma Morgan, Grandma and Grandpa Baker, and his granddaughter Morgan Emily, and his fur kid Moe. Celebration of Life for Jon will be held on Saturday, September 25, 2021 in Riceville at Lake Hendricks Shelter. A Potluck will begin at 5:00 p.m. with a Lantern Memorial at dusk.