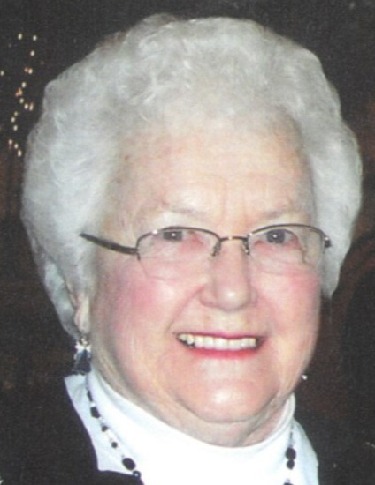 Neva Angell, age 95, of Osage, died Tuesday, January 4, 2022, at Faith Lutheran Home in Osage. Funeral services will be held at 11:00 a.m. Friday, January 7, 2022, at United Church of Christ in Osage with Pastor Dixie Laube officiating. Burial will be in the Osage Cemetery. Visitation will be from 10:00 a.m. to 11:00 a.m. Friday at the church. Neva was born in St. Ansgar, on October 22, 1926, the daughter of Louis and Elsie (Arp) Koster. Neva attended Fairview Country School thru the 8th grade and then St. Ansgar High School, graduating in 1944. Neva married Wayne Ham in 1946, and they farmed together for thirty years. Neva later married Mervel “Duke” Angell in 1986. She was a member of the United Church of Christ, where she served on numerous boards and taught Bible school. Neva had many other interests which included golfing, bowling, playing Bridge, 500 and was an avid sports fan. Neva most of all enjoyed spending time with her children, grandchildren and great grandchildren. Neva is survived by: her son, Steve (Janet) Ham of Osage; her daughter, Janelle Ham of Mason City; her grandchildren, Jeremy (Jenn) Ham of Osage, Jamie (Sarah) Ham of Lake Mills, Holley (A.J.) Leitner of Mazeppa, MN, Erin (Adam) Tyler of Mason City, Tim (Deidre) Toppin of Rochester, Minnesota, and Noelle (Jessie) Zobeck of Rudd; 13 great grandchildren; 4 step-great grandchildren; brother-in-law, Richard Hyland and many nieces and nephews. Neva was preceded in death by: her parents; three brothers, Marlin, Delmer, and Darwin Koster; and a sister, Donna Hyland. www.schroederfuneralhomes.com Champion Funeral Home, Osage (641) 732-3706.