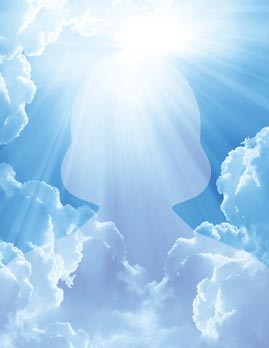 Dorothy Helen Krogstad, age 97, of Osage died, Tuesday, March 22, 2022, at Faith Lutheran Nursing Home in Osage. Funeral services will be held 11:00 a.m. Tuesday, April 5, 2022, at Our Savior’s Lutheran Church in Osage with the Pastor Bryan Odeen officiating. Burial will be in the Osage Cemetery. Visitation is from 4:00 to 6:00 p.m. Monday, April 4, 2022 at Champion Funeral Home in Osage. Dorothy was born March 2, 1925, at her parent’s farm near New Haven, the daughter of Lawrence and Esther (Merkel) Mauser. Dorothy was baptized and confirmed at the First United Methodist Church in Osage. Dorothy attended Douglas #6 country school, through 8th grade and graduated from Osage High School in 1943. Dorothy then enrolled at the University of Iowa, graduating with her Registered Nursing Degree in 1947. During her senior of nursing, Dorothy was in the Cadet Nursing Program, sponsored by the United States Government. She received a monthly stipend, wore summer and winter dress uniforms and performed military duties. She was united in marriage to Glen Krogstad on July 19, 1947, at the First United Methodist Church in Osage. To this union four daughters were born: Janet, Jane, Jean, and Janan. They lived in the Charles City area, where Dorothy worked part-time at the Floyd County Hospital as a Registered Nurse. Glen and Dorothy started farming in the Marble Rock area in 1952, later moving to the Osage area. Dorothy worked part-time at the Mitchell County Memorial Hospital, going to full time in 1970. She practiced for over 33 years in the nursing profession, retiring as Head Nurse in 1987. Dorothy and Glen moved to Osage in 1994. Dorothy and Glen enjoyed traveling on bus trips, dancing, playing cards with the neighbors and having coffee with friends. Dorothy also enjoyed reading, gardening, spending time outside and “keeping things simple”. Dorothy was a member of the Rachel circle at Our Saviors Lutheran Church, the Osage Post #278 American Legion Auxiliary and a leader of the Douglas Happy Jill’s 4-H Club. Dorothy is survived by her 3 daughters, Janet (Frank) Philipp of Aurora, CO, Jean (Bill) Klinkenberg of The Villages, FL, Janan (Joe) Canacari of Clinton, Utah; 4 grandchildren, Michael (Erin) Philipp, Joseph (Pamela) Rowe, Laura (Chris) Melton, Matthew Powers; 6 great-grandchildren; Adler Rowe, Cohen Rowe, Griffen Rowe, Alexander Philipp, Rylan Melton and Cecelia Melton; a sister, Phyllis Brandt of West Des Moines, IA and many nieces and nephews. She is preceded by her parents; her husband, Glen Krogstad on January 15, 2005; daughter, Jane Rowe; sons-in-law, Mark Powers and David Rowe; 2 infant grandsons, Jon Rowe and Ian Powers; a sister, Lucille Newell and brothers-in-law, Austin Brandt and Dick Newell Memorials may be directed to The Krogstad Scholarship Fund c/o Home Trust and Savings Bank 628 Main St. Osage, Iowa 50461. www.schroederfuneralhomes.com Champion Funeral Home (641)732-3706.