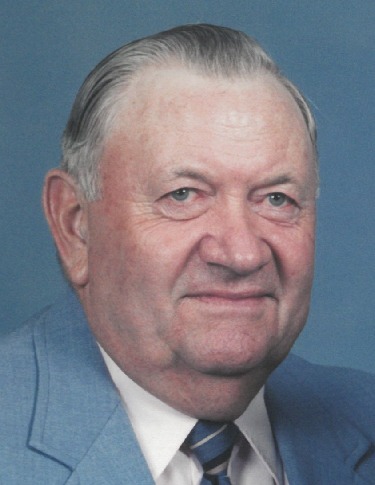 Allen Eugene Wilde passed away April 1, 2022 at the Osage Hospital. He was 87 years old. A Graveside service will be held on Saturday, April 9, 2022 at 10:30 a.m. at the St. John’s Lutheran Cemetery Rock Township. A visitation will be held Friday, April 8, 2022 from 5:00 – 7:00 p.m. at Champion Funeral Home in Osage. Allen Eugene Wilde son of Arnold and Erma (Schmidt) Wilde was born July 17, 1934 at home. Allen went to school and graduated from Rock #5. High School was not to be, as his father had a heart attack and he was needed at home. Allen’s mother passed when he had just turned 7 years old. Allen was baptized and confirmed at the St. John’s Lutheran Church east of Grafton. The church Allen’s great-grandpa Wilde built. Allen was united in marriage to Mariedna Oetken on April 24, 1955. To this union two boys were born. Brian Gene and Barry Allen both deceased. After farming 32 years due to his health Allen and Mariedna retired and moved to Osage in 1989. He worked part time at Car Quest until he had knee surgery. Allen is survived by a brother Richard (Sandy) Wilde, a daughter-in-law Phyllis Wilde, granddaughter; Brittaney (Rick) Baughman and Blair (Jody) Wilde, and great-granddaughter Taylor Rae, niece’s; Joaquin Jones, Jane Jones -Remsburg, and Julie Winters, Sherri Riekels, and Kati Oetken, nephew’s; Mark Lindflott, Terry Oetken, and Kevin Wilde. He is preceded in death by his two sons Brian and Barry, sister and brother-in-law Marlys and Charles Jones, his parents, and step mother, Ruth Wilde.