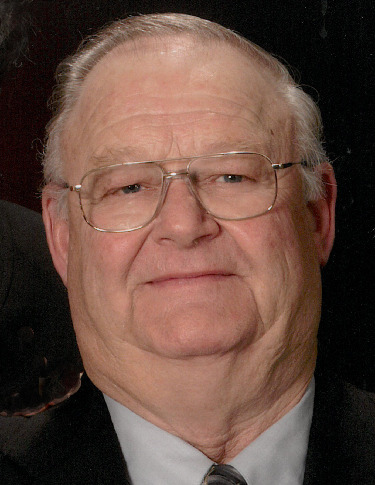 Jim L. Cockrum, age 80, of Osage, passed away at his home on Monday, December 7, 2020. Due to government regulations regarding the coronavirus, private family graveside services will be held at Rock Creek Cemetery with Pastor David A. Werges officiating. A gathering to celebrate Jim's life will be held at a later date. Jim was born August 3, 1940, in Osage, the son of Vern and Marion (Amundson) Cockrum. He attended and graduated from Osage High School in 1959. Jim married Lodema Ball on January 16, 1960 at First Baptist Church in Osage. He was a truck driver for the Ruan Company. Jim was a member of Rock Creek Lutheran and Our Savior's Lutheran in Osage. His hobby was his old Ford tractor. He enjoyed spending time with his family and friends. Jim is survived by his wife Lodema Cockrum of Osage; his children, Kevin (Lynne) Cockrum of San Antonio, Texas, Karla Lane of Osage, and Keith (Lisa) Cockrum of Osage; grandchildren, Amber Cockrum, Becca (Jill) Lucker, CJ Lane, Andy (Ashley) Lane, Ross Cockrum and Joe (Courtney) Cockrum; five great-grandchildren; brothers and sisters, Gary (Lavonne) Cockrum of Osage, Connie (Ken) Eagen of Osage, Alice (Charlie) Oswold of Muscatine and Dean (LuAnn) Cockrum of Osage; and many nieces and nephews. He was preceded in death by his parents; in-laws, Arno and Hazel Ball and sister-in-law, Donita (Clyde) Johnson.