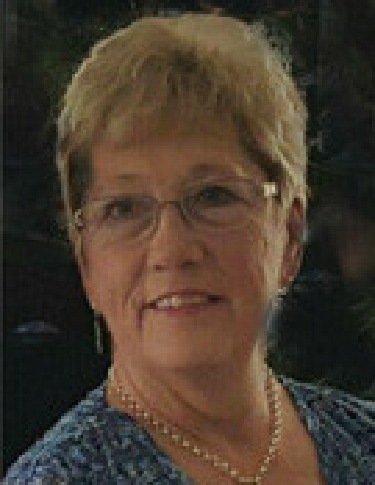 Sharon Schluter, age 72, of Osage, died Wednesday, August 5, 2020, at her home in Osage. A Funeral Mass will be held at 10:30 a.m. Wednesday, August 12, 2020, at Sacred Heart Catholic Church in Osage with Father Raymond Burkle officiating. Visitation will be held from 4:00 p.m. to 7:00 p.m. on Tuesday at Sacred Heart Catholic Church in Osage with a rosary at 6:30 p.m. Masks will be required. The funeral will be live streamed and can be viewed on Facebook for those who are unable to attend. Sharon was born October 11, 1947, in Osage, IA, the daughter of Eugene and Magdaline (Kloberdanz) Wagner. She graduated from Osage High School in 1966. On November 16, 1968, Sharon was united in marriage to Larry Scharper. They had three children, Terry, Charlotte and Cory, they were the light of her life. Sharon married Larry Schluter on July 15, 2000 at Sacred Heart Catholic Church in Osage adding three more daughters, Janet, Teresa and Michelle. She was a member of Sacred Heart Catholic Church and a member of the Covenant Singers and part of St. Theresa Circle. Sharon worked at Wallace-RR Donnelly for 33 years and 26 of those years with a perfect attendance, before retiring in 2013. In her retirement, she volunteered and was employed by the CRC. Sharon enjoyed singing, playing cards, and attending her grandkids events. Most of all she loved spending time with her friends and family. Sharon opened her heart and home to all making everyone feel loved and welcomed. “Grandma Sharon” was famous for her brownies, crazy crust pizza, and remembering everyone’s birthdays and anniversaries. She touched the hearts and lives of many and will be greatly missed. Her faith and unconditional love were an inspiration to all... LOVE YOU MORE!!! The family asks in lieu of flowers please consider making donations to North Iowa Cancer Center, Mason City, IA or Mayo Clinic Cancer, Rochester MN. Sharon is survived by her husband, Larry Schluter of Osage; her children, Terry (Tracy) Scharper of Osage, Charlotte (Dan) Gordon of Grafton, Cory (Deb) Scharper of Osage, Janet (Charles) Hooper of Flower Mound, TX, Teresa Grimes and Joe with a baby on the way of Medford, OR; and Michelle Schluter and Scott of Joice; grandchildren, Codie, Connor and Carlie Gordon, Jarett, Jayden and Jenna Scharper, Brooke, Samantha and Luke Scharper, Cadie Dutcher, Malachi and Zippora Hooper, Dylan (Taylor) Nash and Alyssa (Chris) Huinker: siblings, twin sister, Karon Clark, Carol (Robert) Clark, Donna (Jim) Sonberg and Duane (Wendy) Wagner all of Osage; brothers and sisters in-law, Mary Keck of Forest City, Linda Schluter of Mason City, Myron (Vicki) Schluter of Louisburg, KS, Randy (Susan) Schluter of Mason City, Faye Schluter and Mike Tull of Algona and Karen Schluter of Decorah; and many nieces, nephews and extended family. She was preceded in death by her parents, Eugene and Magdaline Wagner; her in-laws, Vernon and Margaret Schluter; brother-in-law, Dale Schluter and Karon Clark’s special friend, Jerry Rogers.