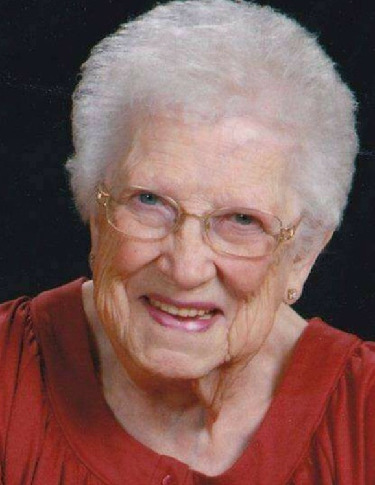 Mary Ellen Ihnen (Harris) died January 28, 2021 at Mitchell County Regional Health Center Hospice with loved ones by her side. In accordance with her wishes she was cremated. Visitation and a memorial service will be held on a later date, with burial at Sunset Rest. She was born April 7, 1928 to Leo and Amanda (Littauer) Harris in Chickasaw County, was baptize at St. John's Lutheran Church, Nasua, and confirmed at St. John's Lutheran Church in Charles City. She graduated from Charles City High School and attended Wartburg College, where she met the love of her life, Raymond Ihnen. They were married August 29, 1948, and to this union they had five children: Jeffrey (Marcia) Ihnen of Arlington, Virginia, Bryan (Karen) Ihnen of Des Moines, Iowa, Stephanie (Butch) Perkins of Northwood, Kerry (Joan) Ihnen of St. Ansgar, Iowa, and Joel (Jean) Ihnen of Princeton, Minnesota. In addition to her children and their spouses, she had 8 grandchildren and 17 great-grandchildren. She was a Brownie scout leader, a Cub Scout leader, and a stay-at-home mother until her youngest was in 4th grade. She worked for Ag Chem for 12 years. She was an avid reader, quilter, and crocheted. She was a member of the New Century Club for over 30 years until they disbanded. She taught Sunday School and Bible School for several years at First Lutheran Church where she was a member for 57 years. She was preceded in death by her husband of 63 years, her parents, two brothers, a sister-in-law, her husband's parents, and her husband's sister and her husband.