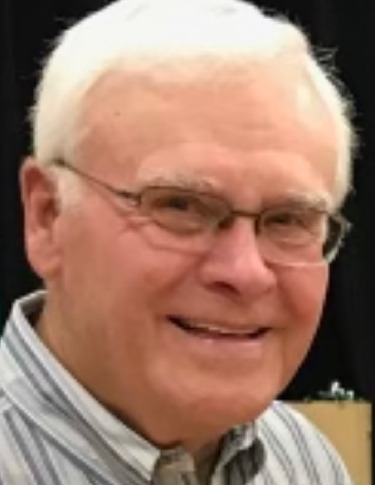 Clarence Uthe, age 84, of Osage, died Sunday, April 4, 2021, at Riceville Family Care and Therapy Center in Riceville. Funeral services will be held at 10:30 a.m. Saturday, April 10, 2021, at United Church of Christ in Osage with Pastor Dan Christensen officiating. Burial will be at the Osage Cemetery. A visitation will be from 4:00- 6:00 p.m. on Friday at Champion Funeral Home in Osage. Clarence was born on October 16, 1936, the son of Anton and Esther Uthe. He graduated from Gilbert High School in 1954. Clarence married Elizabeth Oliver on July 3, 1959, at the First Congregational Church in Ames. He was a lifelong farmer, while holding various jobs throughout the years including: owner of a DX fuel delivery business, managed a fertilizer plant in Elma, district sales manager for Farmers Hybrid, sold feed, seed, and chemicals as a farmer dealer. Clarence was an active member in his community, serving as a local 4-H leader for many years and board member of Farmers Mutual Insurance Association. He attended the United Church of Christ in Osage, where he served as an usher and enjoyed coffee hour while visiting after service. Clarence enjoyed spending time with his family, snowmobiling in his younger years, traveling with Elizabeth, gardening and taking care of his lawn, and spent many hours attending and cheering on his grandchildren in their many activities. Clarence is survived by his wife, Elizabeth of Elma; his sons, Doug (Pam) Uthe of Osage and Dave (Michelle) Uthe of Riceville; his grandchildren, Marcus (Kayla), Ashley, Taylor, Kayla, and Michael Uthe, and his sister Mary Smith of Boone. He was preceded in death by his parents, brothers: Joe, Lawrence, and Dan Uthe, sisters: Marge Colantino, Sister Mary Anton, and Helen Mullenbach.