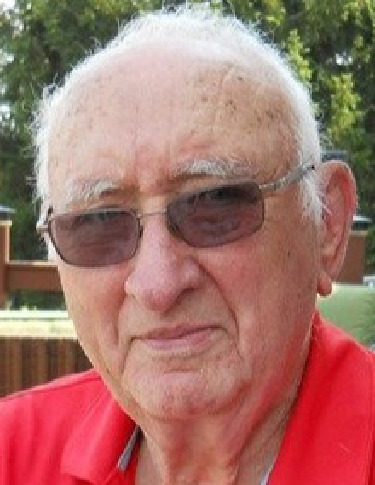 Gerald D. "Jerry" Honken of Lockport, NY, passed away suddenly on Wednesday, October 7, 2020 A Memorial Service will be held at 11:00 a.m., Friday May 28, 2021, at Champion Funeral Home in Osage with Pastor Bryan Odeen officiating. Inurnment will be in the Osage Cemetery with Military Honors by the American Legion Post 278 of Osage. Jerry was born on October 27, 1933 in Mason City, Iowa, he was the son of the late Andrew and Avis (Johnson) Honken. He attended a rural school from sixth thru eighth and graduated from Mason City High School in 1951. Gerald was drafted into the Army in February 1953 and spent sixteen months in Korea during the Korean War. He graduated from Mason City Junior College in 1957. Gerald and Lois Ahrens were married on August 29, 1959. He graduated in 1960 with a Bachelor of Science Degree in Mechanical Engineering from the University of Iowa and was a proud Hawkeye. Gerald worked at various paper mills in engineering in various positions from 1960 until 1998. He was a Registered Professional Engineer in Wisconsin and Ohio. Gerald enjoyed hunting, fishing, golf, woodworking, upholstering and spending time with his children and grandchildren. Jerry is survived by his wife of 61 years, Lois; children, Mark (Barb) Honken, Sandy (Ed) Sherwood and Brian Honken; grandchildren, Courtney Honken, Andrew Honken, Billy Sherwood and Tommy Sherwood; brother-in-law John Mathis; and several nieces and nephews. He was preceded in death by his parents; brother Donald Honken, and sister Bette Mathis.