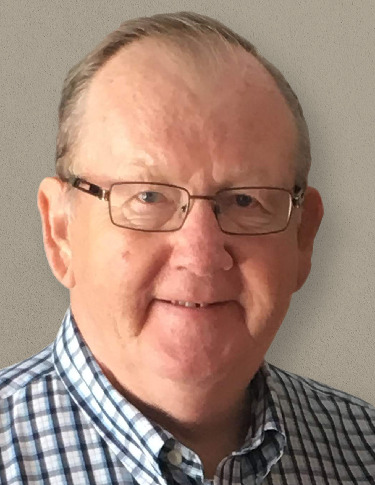 Aivars Zosulis, 76, St. Ansgar, passed away on Sunday, September 19, 2021 at Mercy Medical Center North Iowa in Mason City. Aivars was born September 20, 1944, in Riga, Latvia, the son of Alexander and Antonia (Breikss) Zosulis. He was 10 days old when the young family fled a war-torn country and embarked on their long journey to pursue the American Dream, finally settling in Davenport, Iowa. Aivars graduated from Davenport Central High School in 1963 and from Wartburg College in Waverly in 1969, earning a Bachelor of Arts Degree in Education. While in college, he met the love of his life, Francene Haibeck. The two of them were united in marriage on December 23, 1967. The couple moved to St. Ansgar in 1969 and Aivars began his teaching career, teaching physical education, as well as coaching football and wrestling. After teaching for a number of years, he managed the Appliance Center of the REC and eventually moved to serve as the office manager of the Cedar Valley Electric Company. Following a company restructuring, Aivars returned to teaching in Lyle, MN. He retired in 2006. After retirement, he did enjoy getting back into the school environment as a substitute teacher. Aivars and Francene completed their family with two daughters, Kari and Lori. The couple enjoyed time together by playing cards, traveling in their motorhome, and spending time with family and friends. As a father, he taught his girls that they can do anything boys can do – only better. His favorite adventures were taking the three grandchildren on annual "KidTrips" in the motorhome. Aivars was a faithful member of St. Peter Lutheran Church in Toeterville, IA, first, and then First Lutheran Church in St. Ansgar, IA. He enjoyed golfing, working in his woodshop, reading, and cheering on the Iowa Hawkeyes. He was great at making people laugh and had an abundance of jokes and stories to share. While he loved all of these activities, his greatest love and joy was his family. Aivars will be deeply missed by Francene; Kari and Tim Hemann of Newton, IA and grandchildren Sydney and Collin; Lori and Steve Daniel of Fort Dodge, IA and grandson Logan Finowski; and step-mother Lisa Zosulis of Davenport, IA. He was preceded in death by his parents, his mother-in-law Elsie Haibeck, and his brother Edwin Zosulis. The family invites you to wear your favorite Hawkeye shirt to the visitation. In addition, they request you wear a mask to the visitation and the funeral.