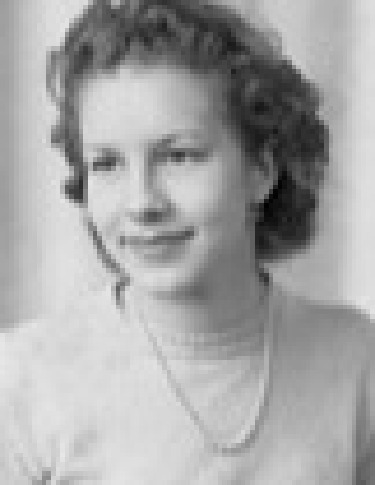 Osage lost a unique individual on 1/19/2022. Mary Newhouse has passed away at the age of 89. She was born on September 2, 1932 to Albert Levy Rodemaker and Naomi Matilda Faber Rodemaker. Mary was a lifelong resident of Osage, Iowa. Married William Loren Newhouse on April 8, 1948. They divorced many years later. Mary held down numerous jobs in her 89 years of life. As a teenager, she worked at the movie theater located on the north side of Main Street that later became the site of Anthony's Clothing store. Mary ran errands, cleaned & washed cars and kept the accounting books for her husband, who ran the Co-op Gas Station. She worked at Pint's Bar with Bertilla Pint when it was on the north side of Main Street and washed laundry at the Osage Nursing Home now called the Rehab Center. When Mary worked at B & K Pizza, she told the State troopers, who came in for lunch quite often, to stay out of her way if they saw her speeding down the highway in the school bus. She was taking the wild kids home as fast as she could. She was a school bus driver for 43 years. During that time, she saw tornadoes while driving kids back home, hit a cow standing in the middle of the road with the bus, and drove on country roads that had one lane cleared by huge snow blowers, scraping snow on each side of the bus because the snow drift was as high as the top of the bus. At the same time, she was also a substitute rural mail carrier for John Kloberdanz. Then there was the time where Mary drove semi-tractor trailer in the mid-1970's, pioneering the path for women to start driving the 18-wheel big rigs. She went from coast to coast, over mountains in the west and into Bronx, NY in the east, hauling swinging beef, a dangerous load. It provided her the opportunity to see our vast, beautiful United States. She loved to drive. In the early years, family vacations each summer were one week at Rush Lake near Perham, MN. Mary's parents also enjoyed those vacations, renting a cabin or pulling their travel trailer there to enjoy family time. One of Mary's dreams was to go to England. Passport in hand, she made it there with her daughter Carol. Stone Henge, Big Ben, Tower of London, the Roman town of Bath, Madam Tuusauds Wax Museum, and the Greenwich Mean timeline spot in London were just a few of the amazing sites she visited. A few years later, Mary's travel path took her to Germany with daughter Diane to visit Mary's grandson, who was stationed in the Army there. While in the Black Forest, she purchased a handmade, ornate cuckoo clock made from the wood of the Black Forest. In Bavaria, Mary & family visited a couple of very old castles. Although she didn't get to drive on the Autobahn, the car she was traveling in was flying down the road at 100mph. Other cars were passing them like they were standing still. Mary's comment about it was, "Are we parked?" There were several trips taken in her Dodge Intrepid. In 2006, with her two daughters, a trip from Iowa to the west coast covered over 7,000 miles and 9 states in 2 weeks. Then there were 2 separate trips to visit the state of Maine, her favorite state in the U.S. Mary always enjoyed when Spring came. Leslie, Jerry or Steve would set up her swing, so she could spend time sitting outside, chatting with the neighbors as they passed by. Mary appreciated so many things – sharing a conversation with anyone that visited, having Leslie take her to appointments, and having Steve and Jerry make improvements on her home, were all highlights. She also truly enjoyed every moment that she had with any of her children, or her grand and great-grandchildren. She kept a box of toys in the living room, so the little ones always had toys to play with. These are cherished memories the family will hold onto forever. Her many interests included gardening, canning, fishing, dancing, sewing, & crocheting. She was an avid bowler in several leagues, collecting 24 trophies over the years for high game, best team in their league, doubles high game and other accomplishments. She will be missed by her children, Leslie Newhouse, Fennimore, WI, Carol Newhouse, Cottage Grove, MN, Steven (Kim) Newhouse, Des Moines, IA, Diane (Mike) Wolf, Missoula, MT, Jerry (Ranae) Newhouse, Cottage Grove, MN, 11 grandchildren and many great grandchildren, her sister, Joan Jeffries and brother Roger Rodemaker. Mary was preceded in death by her parents and two brothers, Fred Rodemaker & Rolland Rodemaker. Burial of cremated remains will be in the spring.