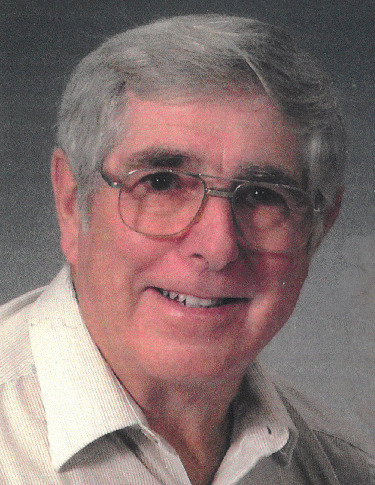 Gordon Bates, age 83, of Osage, died Monday, October 19, 2020, while under Hospice Care at Mitchell County Regional Health Center in Osage. A Funeral Service will be held at 11:00 a.m. Thursday, October 22, 2020, at the Champion Funeral Home in Osage with Pastor Gary Gilbert officiating. Burial will be at the Osage Cemetery. Visitation is from 10:00 a.m. To 11:00 a.m. Thursday at the Champion Funeral Home. Gordon was born December 5, 1936, in Mason City, Iowa, the son of Murl and Greta (Wernet) Bates, the third of five children. He attended school in Clear Lake. Gordon was united in marriage to Sonia Ann Hultman on December 22, 1956 at the Trinity Lutheran Church in Osage. He served in the Army and was stationed in Germany. After being discharged, Gordon and Sonia moved to a farm southwest of Osage where he spent most of his adult life. Gordon continued to farm and worked at the Cement Plant for 8 years. Sonia passed away in 2003. He retired in 2004. Gordon was united in marriage to Lelia Hansen on April 14, 2005 and moved to Mason City. They wintered in Misson, Texas. Gordon enjoyed playing guitar and singing with Lelia at many nursing homes and assisted living facilities. His passions were fishing, woodworking, cooking, dancing, and traveling. He was a big fan of Ernest Tubb and loved country western music. Most of all Gordon loved his family. Gordon is survived by his daughter, Julie (Sterling) Bierbodt of Osage; son, Todd and special friend (Sherry) of Osage; nine grandchildren and thirteen great-grandchildren; siblings, Lois Olson of Phoenix, Arizona, Virgil (Arlene) Bates of Minneapolis, Minnesota, Joyce Cox of Thornton, Linda (Jerry) Leaman of Clear Lake; and many nieces and nephews. Lelia's children, Vikki (Randy) Fischer of Mason City; Rosemary (Dan) Barr of Ames, Dixie (Robert) Polle of Sioux City, James (Christine) Hansen of Mason City, Kurt (Robin) Hansen of Minneapolis, Minnesota, Dawn (Mark) Ethofer of Ankeny, and their children. He was preceded in death by his parents; his wives Sonia and Lelia.