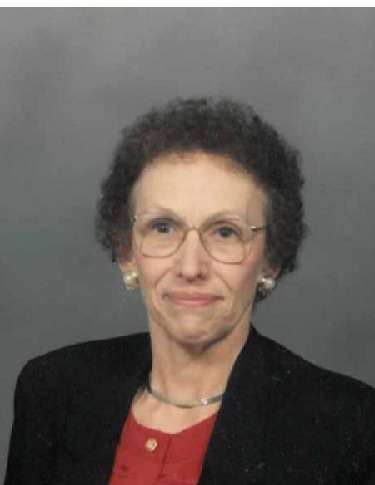 Marcella Chrencik was born on April 9, 1930, on a farm in Osage to Edward and Jessie Wagner. She had two brothers, Eugene and Bernard. The family lived on the farm for many years. On the farm, she enjoyed milking cows, catching gophers, working in the house, gardening, and helping her Mom. Marcella attended country school until 8th grade. She would often tell stories of walking to school in the snow and making potatoes near the furnace. On August 7, 1947, she was joined in marriage to John Chrencik. The couple lived on a farm in Osage with John’s brother, Paul. From this union, nine children were born. The couple raised their nine children on the farm: milking cows, raising pigs, raising chickens, farming, and tending to Marcella’s huge garden. Besides working on the farm, she worked at the local drive in and the nursing home. She really enjoyed caring for the nursing home residents. Marcella retired at age 62. During retirement, she spent time with her family and babysat her grandkids. Marcella adored her family. Her house in Osage was often packed with kids, grandkids, and great grandkids during holidays and family get-togethers. She loved to travel with her family and took many trips with her kids and grandkids. Living family members include eight children, Sheryl Hartman, Richard Chrencik, Mary (Scott Kuhl) Peterson, Pam (Jerome) Mostek, Pauline (Eric) Olson, Barb (Eliot) Evans, Marilynn (Mike) Henderson, and John (Lori) Chrencik; 17 grandchildren, 30 great-grandchildren, and 4 great-great grandchildren. She was preceded in death by her parents Edward and Jessie Wagner, her husband John Chrencik, son Gary Chrencik, brothers Eugene and Bernard Wagner, and son-in-law Jim Hartman. . Champion Funeral Home (641)732-3706