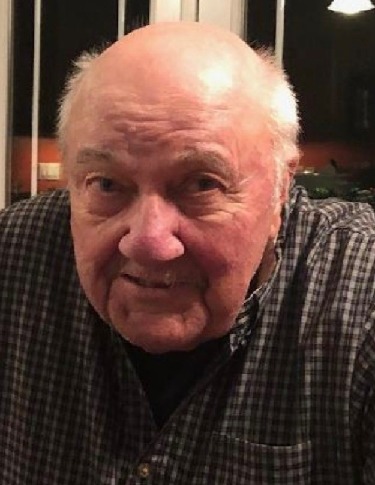 Glen Mayer, age 88, of Stacyville, Iowa was accepted into God’s loving arms on Wednesday, March 23,2022 at his home in Stacyville, Iowa. Visitation will be Monday, March 28,2022 from 5:00 p.m. – 7:00 p.m. at Visitation Catholic Church Funeral Mass will be held, Tuesday, March 29,2022 at 10:30 a.m. at Visitation Catholic Church in Stacyville, with Father Raymond Burkle, officiating. Burial will be in Visitation Catholic Cemetery with military rites by the Stacyville American Legion Post 569. Glen was born March 13, 1934 in Stacyville, IA, the son of Ernest & Matilda Mayer. He was united in marriage to Janet (Weber) on November 16, 1957. The couple had six children Kurt, Gayle, Dennis, Pam, Lisa, and Dawn. He served his country in the US Army. He farmed for 52 years & was currently active in the American Legion Post 569 and was sexton for the Visitation Cemetery. He enjoyed spending time with his family, cribbage, word finds, watching the Twins, fishing, fishing and more fishing. He will be most remembered for his smile and sense of humor. He is survived by wife, Janet, and his children, Kurt (Nancy) Mayer, Gayle (Butch) Hemann, Dennis (Shari) Mayer, Pam (Barry) Kittleson, Lisa (Mike) Hansen, Dawn (Jeff) Anderson, 16 grandchildren, and 20 greatgrandchildren. He is survived by his brother Vernon Mayer, sister Arlene Brown, brother-in-law Melvin Weber, and brother and sister-in-law, Leslie and Dudy Weber. He was preceded in death by his parents, Ernest & Matilda Mayer, brother and sister-in-law, Gene & Marjorie Mayer, sister-in-law, Imelda (Moe) Mayer & brother-in-law, Gene Brown. Champion Funeral Home, Osage, 641-732-3706, www.schroederfuneralhomes.com