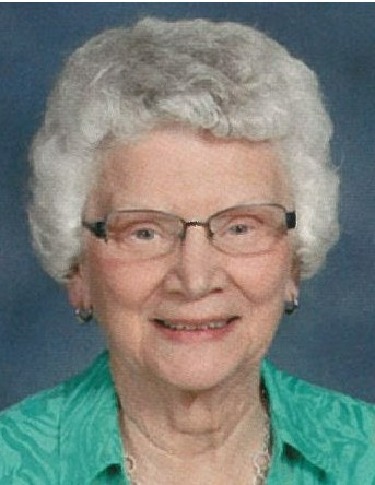 Annette Marie Sonberg, age 87 of Osage died Friday, March 25, 2022, at Faith Lutheran Home in Osage Funeral Mass will be held at 11:00 a.m. Monday, March 28,2022, at Sacred Heart Catholic Church in Osage with Father Raymond Burkle officiating. Following the Mass, cremation will take place. Inurnment will be at Sacred Heart Cemetery in Osage. Visitation is from 10:00 a.m. to 11:00 a.m. at the church. Annette was born August 17, 1934, on the family farm near Stacyville, the daughter of Roman and Bertha (Pint) Michels. She attended school at Visitation Catholic School Thru the 11th grade and graduated from Osage High School in 1952. Annette was united in marriage to Richard Sonberg on November 24, 1953 at Sacred Heart Church in Osage. Annette was the Assistant Administrator at the Osage Nursing Home in Osage and then she worked as a clerk in the Mitchell County Treasurer’s Office for 22 years. She was a member of the Sacred Heart Guild and she sang with the Covenant Singers at Sacred Heart. Annette enjoyed playing cards, dancing, reading, puzzles and especially spending time with her children, grandchildren, and great grandchildren. Annette is survived by her children, Jim (Donna) Sonberg of Osage, Ron (Cheryl) Sonberg of Charles City, Larry (Sheila) Sonberg of Morrison, IL, Jean (Ron) Valasek of Osage, Connie (Vince) Morische of Osage. 14 grandchildren, Madonna, Shawn, Rhonda, Becky, Cassie, Jodi, Erin, Chris, Cole, Katie, Shelby, Randi, Ailey and Jessie; 28 great-grandchildren; two sisters, Marcella Hackenmiller of Osage, Darlene Hemann of Osage, brother-in-law, Ken Harvey of Loveland, CO; three sisters-in-law, Sally Michels of Austin, MN, Gloria Michels of Austin, MN and Laura Michels of Fresno, CA and many nieces and nephews. She was preceded in death by her parents; husband, Richard in 2011; two sisters, Joan Tatone and Margaret Harvey; three brothers, Jerry, La Verne and William Michels; and four brothers-in-law, Rudy Hackenmiller, Henry Sletten, Art Hemann and Carl Tatone. Champion Funeral Home, 641-732-3706