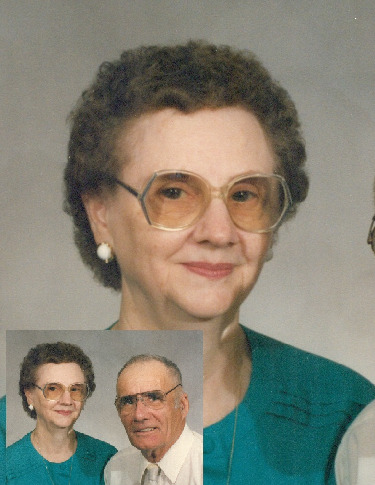 It is with sadness and heavy heart that we announce the passing of our mother Helen Joan "Jo" Baer on October 29, 2020. She was a resident of Faith Lutheran Home for 4 years. Private family graveside services will be held at Liberty Cemetery in Little Cedar. Joan was born on February 1, 1933 to Walter R. And Pauline (Pletcher) Custer in Somerset County, Pennsylvania. She met her husband, Richard Baer, at a roller skating rink before he entered the army. They were married October 21, 1953 in the Church of the Brethern in Somerset, PA. Joan and Dick moved to Iowa in 1957. She enjoyed her role as a faithful farmer's wife and a stay at home mother. She loved her family and friends and treasured being a grandmother to her 10 grandchildren, but most of all she was an excellent mother. She was a quiet woman who showed the meaning to her children of principals and values. She was a long time member of the Methodist Church in Little Cedar, she enjoyed being with the ladies of the church and being active on committees. Her hobbies included sewing, decorating at holidays, crafts and playing cards. She was preceded in death by her parents and husband, Richard Baer, in 2017. She is survived by her: younger brother, Robert Custer; younger sister, Judith Gnagey; daughter, Susan Imler and special friend Howard Fox; sons, Daniel (Julie) Baer and Bradley (Barbara) Baer; and these grandchildren, Shelley Virts, Jayna, Ashley, Britney, Debby, and Ryan Baer, Jessica, Zachary, Adam and Kaitlyn Baer; and five great-grandchildren. The family would like to express their sincere gratitude for the excellent care Joan received while being a resident of Faith Lutheran Home in Osage.