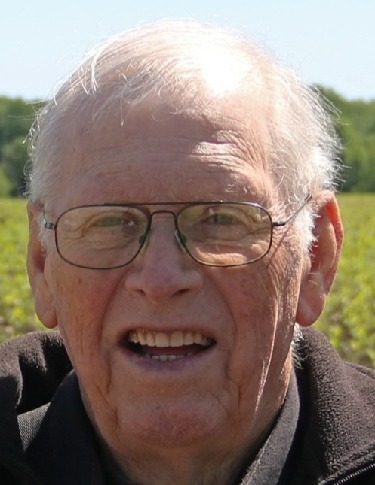 Laverne Lee Reimers was born June 1, 1942 to Earl and Reva (Hansen) Reimers, in Rockwell, Iowa. Upon high school graduation, Laverne attended Dunwoody Industrial Institute in Minneapolis, MN where he graduated from their welding program. Vern worked in the welding field for a few years at the American Crystal Sugar Company in Mason City while also farming in the Rockwell area. On April 10th, 1964 Vern was united in marriage to the love his live, Sue Myers. Laverne and Sue made a go at farming in the New Haven area in 1974 to 2009. Laverne was very skilled at building, fixing and tinkering to create something from nothing and passed that on to multiple generations. He was always willing to help a friend, neighbor or stranger with a kind heart. Vern was an avid hunter, fisherman and outdoorsman who enjoyed many outings with others. He was proceeded in death by his parents Earl and Reva, sister Marilyn, brother Don and wife Sue in February 2022. As well as in laws Don and Jim Myers. Vern is survived by his children Wade (Bonnie) Reimers and their children Dylan (Liz) Reimers, Quinn (Kallie) Reimers, Caitlyn Reimers; Jennifer (Todd) Frein and their children Joe, Jadie and Trevor Frein; Andy Reimers. Great grandchildren Finn and Aria Reimers, as well as honorary son Kyle Kapustynski and grandchildren Korbin and Jocelyn. Also surviving Vern are his sister Mary Kay Reimers, sister-in-law Ruth Reimers, brother Ken (Barb) Reimers. In-laws Sherri (Mike) Eddy, Carol Myers, Jerry (Ronna) Myers, Jane Halvorson, Dot (Dave) Falasco, Deb (Kelly) Laudner, Wendy (Ted) Bonner and many nieces and nephews. He will be greatly missed and hopefully is fishing as we speak…. Champion Funeral Home, Osage, 641-732-3706,