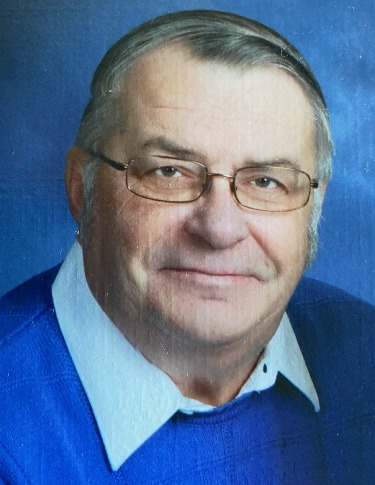 Dennis William Grundel, 75 of Stacyville, Iowa passed away on July 9, 2022 at the Mitchell County Regional Health Center in Osage, Iowa of a massive stroke. Dennis, the oldest son of George and Doris (Chapin) Grundel, was born at home on November 30, 1946. He began his elementary education in Rock Falls, Iowa and then continued on in Otranto, Iowa when his family moved to the home farm north of Carpenter, Iowa in 1954. He attended high school in St. Ansgar, Iowa and graduated with the Class of 1965. He continued on to take his first two years of college at Riverland Community College in Austin, Mn. He then transferred to Iowa State University and graduated in March of 1970 with a Bachelor’s of Science Degree in Forestry. After college Dennis enlisted in the Iowa Army National Guard based out of Jefferson, Iowa and served his Basic Training in Kentucky and Georgia. He was honorably discharged. Dennis met the love of his life, Marjorie Rachut, in 1966. They were engaged in 1967, and were married at St. John’s Lutheran Church, Rock Township, on August 17, 1968. They celebrated their 50th Anniversary in 2018 and would have been married 54 years this year. To this union was born a daughter, Deborah, and a son, Robert. He began his working career with the Worth County Soil Conservation Service, transferring to the Decater County Soil Conservation in Leon, Iowa as District Conservationist. He then was transferred to the Lucas County Soil Conservation in Chariton, Iowa, where he was part of the group that was instrumental in establishing and executing the Rathbun Lake project. In 1977, Dennis and Marge moved back to northern Iowa to start farming with his brother and dad. He continued farming until his retirement in 2012 when he and Marge moved to their present home in Northwood, Iowa. Suffering from Dementia, he became a resident of the Stacyville Community Nursing Home in September of 2020. Dennis loved to hunt and fish and in his younger years spent hours hunting with his good friend, Dennis Koch, who was at his bedside when he died Saturday. There are 4 species of wild turkeys and Dennis and son, Robert took 3 hunting trips together successfully bagging 3 of the 4. He is survived by his: wife, Marjorie; daughter, Deborah (Tom) Blaeser; 8 grandchildren (Madisyn, Brittney, Aiden, Ellie, William, Zachary, Logan and Mitchell); 2 brothers-in-law, Ronald (Donna) and Dennis (Joyce) Rachut and; sister-in-law, Susan (Jerry) Grundel; nephews, Michael Rachut, Steven (Beth) Rachut, Kevin Rachut; niece, Rachel (Kevin) Werges; and great-nieces and nephew, Abby, Caleb and Ellery Rachut. He is preceded in death by his: parents, George and Doris Grundel; his father and mother-in- law, Wilmer and Elsie Rachut; his son, Robert; brother, Jerry; and twin grandsons, Alex and Ryan Baardseth. The Family would like to thank the Stacyville Community Nursing Home for the excellent care Dennis received while he was a resident there. Dennis loved his family and the many friends he met along his life’s journey. His mind is clear now and he is at peace. We will miss him. A funeral service will be held at 10:30 a.m. on Thursday, July 14, 2022 at St. John’s Lutheran Church, Rock Township, rural Osage with Rev. Joel Nye officiating. Visitation will be July 13 at Schroeder & Sites Funeral Home, Northwood from 5:00 – 7:00 p.m.