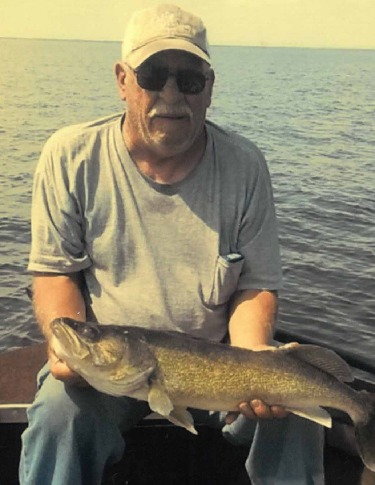 Ross E. Zimmerman 72, of Osage, died Thursday, August 4. 2022 at his home. A Celebration of Ross’s Life will be held Saturday, August 20, 2022, at 3:00 p.m. at the American Legion Post 278 in Osage. Ross was born November 1, 1949 in Waverly the son Farrald and Bertha (Scoville) Zimmerman. He graduated from Nashua High School and then attended the UNI. Ross served his country in the United States Army from 1970 -1973. He married Linda Thorson on April 14, 1970 at Floyd Methodist Church in Floyd, Iowa. Ross worked for White Farm, farmed from 1974-1994 and U.S. Postal Service 1994 till he retired. He was a member of United Methodist Church in Nashua and American Legion Post 278 in Osage. Ross loved to fish and hunt. He enjoyed working on and driving classic cars and riding his Harley. Most of all he enjoyed spending time with his friends. Ross is survived by his children, Jason (Brenda) Zimmerman of Mason City and Lisa Burkhardt of Osage; grandchildren, Kody (Kaitlyn) Zimmerman, Justin Zimmerman, Brett (Kayla Tubbs) Zimmerman, Dalton Burkhardt and Jax Burkhardt; great-grandson, Paul Jo Zimmerman; step-grandchildren, Samantha (Matt) Smith and Holly (Jacob) Dusheck; step-great-grandchildren, Carson Dusheck, Bella Wernet, Drake, Demi and Duke Smith He is preceded in death by his parents and twin brother, Howard Zimmerman. In Lieu of flowers memorials maybe made to the family to be given to a Veterans cause. Champion Funeral Home 641-732-3706