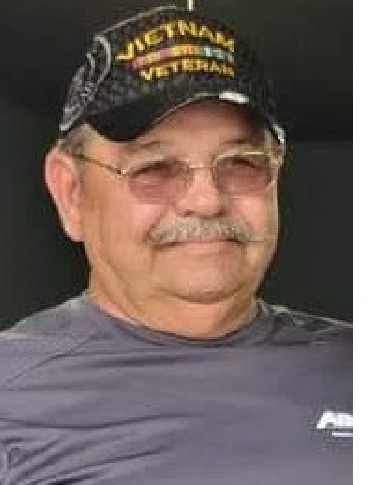 Gathering of Family and Friends

Daniel E. Johnson passed away September 26, 2022, at Manly Specialty Care of an extended illness. Daniel (Dan) Elmer was born to Lorraine (Foss) and Vincent Johnson on July 3, 1944, in Pipestone, MN. Dan married Ozie Littlefield in October of 1964. They welcomed three children: Daniel Jr. of Zumbrota, MN, Laura (Chad Pestorious) of Lyle, MN and Tina (Brian Steffen) of Rushmore, MN. Dan enlisted in the United States Navy Reserves in 1961, where he served until 1963. In December of 1963 he enlisted in the United States Marie Corps where he proudly served with Honor until 1971. While in the Marines he earned the rank of Lance Corporal and earned many medals and commendations. In 1984 he felt that he still needed to serve our country and joined the United States Army where he earned the rank of Staff Sergeant. He retired from the Military on November 15, 1989. After life in the Military Dan worked for ABC Bus Companies in Faribault, MN for 20 plus years. Dan will be remembered as the one who never met a stranger. Once you had a conversation with him you knew you had a friend for life. People often said that knowing Dan made them a better person. Dan is survived by his: wife, Ozie; children, Daniel Jr., Laura (Chad) and Tina (Brian); grandchildren, Heather, Amanda, Cassie, Korey (Erin), Timera, Ben, Tristina, Dylan, Allura, Skylar, Haydan, Zach and Colton; 16 great-grandchildren; sisters, Charlotte (Mike) Spencer of Arkansas and Chrystal (Mark) Schreff of Arizona; and brother, Dean (Sandi) Johnson of Minnesota. Dan was preceded in death by his parents, Lorraine (Foss) and Vincent Johnson, and his brother Daven. Internment will be held at South Dakota Veterans Cemetery in Sioux Falls in the Spring of 2023. Where we will give him one last ride on his beloved Harley. A funeral service will be held at 2:00 p.m. at Schroeder & Sites Funeral Home, 1211 South Tenth Street, Northwood, IA 50459, on Friday, September 30, 2022 with Rev. Becky Sogge officiating. A visitation will be held prior to the funeral starting at 12:00 p.m. A social gathering will follow the service at American Legion, 112 Grove Street, Lyle, MN 55953.