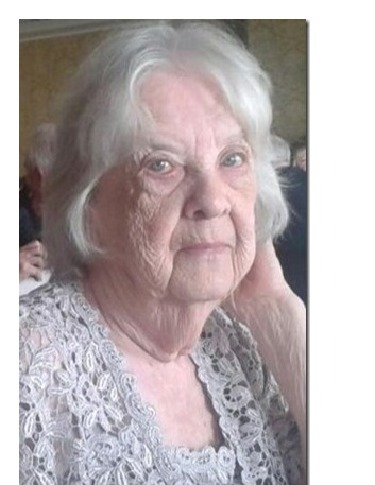 Joan Patricia (Pat) Carlson, 93, of Northwood, Iowa, passed away peacefully with her children by her side on Friday, December 23, 2022, at Lutheran Retirement Home in Northwood. Pat was born November 14, 1929, to Ethel (Donald) Swift and Herbert Swift, in Newton, Massachusetts. She was united in marriage to Richard Glen Carlson in August, 1960, in San Diego, CA. They moved back to Newton and started their family. In 1967 they moved to Rich’s hometown of Northwood. Pat was a devoted mother who always put her children’s needs first. She had a great sense of humor, and an exceptional knowledge of current events. She enjoyed all types of music and loved to sing, dance, read and write poetry. She cared about everyone she met, and found happiness in helping others. Above all she loved spending time with her family, especially her grandchildren. She is survived by her children: Joan Kemmerick, Austin, MN, Susan Klouman (Sam Wallman) Bridgeport, CT, Richard Carlson, Northwood, IA, John ( Andrea) Carlson, Indianola, IA; grandchildren and great-grandchildren, Christopher Klouman, Amanda Levad and Declan, Samantha Rickard (Johnny Kirkbride) and McKenna Rickard, Presley Rickard, Kelsey Carlson, Jacob Carlson, Hannah Carlson, Brooklynn Carlson, Lillian Carlson, Daniel Carlson, Joseph Carlson, Adam (Breanna) Kemmerick and Mason, Finley, Brody, Matthew Wallman, Brian (Sarah) Wallman and Peter, Willa, Andrew Wallman; brother-in-law, Rodney (Lois) Carlson. Many nieces, nephews, cousins. She is preceded in death by her husband, Richard; infant son, John Michael; granddaughter, Grace Patricia Carlson; son-in-law, Mark Kemmerick; parents; sister, Mildred Mclaughlin; brothers, Herbert, Jimmy, Bobby; niece, Patty Ann Mclaughlin; In-laws, Everett and Isol Carlson; sister-in-law, Janice Ryerson. A memorial service will be held at a later date. Donations to the the Alzheimer’s Association can be made in Pat’s honor by going to act.alz.org/goto/JPCarlson We would like to extend our sincere gratitude to the staff at Lutheran Retirement Home for taking such good care of our mum.