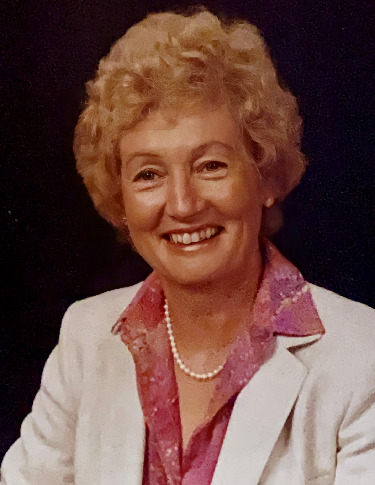 Elsa Viola Karlsson Pearson, 94, peacefully left this world to join her Lord and her beloved husband Ingemar, on November 18, 2020 at Faith Lutheran Home in Osage, Iowa. The family plans a celebration of Elsa's life in the spring of 2021. Elsa Viola Karlsson was born in Göteryd, Kronoberg, Sweden on November 22, 1925 to Karl Fredrik Karlsson and Ester Wilhelmina Lindqvist. She had five brothers and seven sisters. Elsa was baptized and confirmed at Annerstads Kyrka. Her confirmation verse was John 6:67-69 and her confirmation song was "Jesus Kar, Var Mig Nar". She attended school and after graduation worked various jobs including in a hospital, a gas mask factory, and a bakery. It was at the bakery in Ljungby that she met the young man who would become the love of her life and partner for the next 72 years, Ingemar Pearson. In 1947 Elsa became engaged to Ingemar and shortly afterwards he immigrated to the United States to work for his uncle. After a year, Elsa sailed to New York on the Svenska Amerika Lines. Ingemar drove from Iowa to New York to meet her at the boat, and they decided to get married immediately. At her insistence, they found a pastor who spoke Swedish and they were married on April 23, 1948 in Niagara Falls, New York. Ingemar and Elsa started their married life together farming near Madrid, Iowa for seven years. They both learned farming, learned English, became citizens, and became parents when Christie and Gary were born. In 1955 they purchased their first farm in northern Iowa. Elsa worked in the field alongside Ingemar. She also raised chickens, sold eggs, and kept the home. She was an outstanding cook and baker, Swedish rye bread and rice pudding being just a couple of her specialties. Elsa loved to read and had a deep faith. She made sure Gary and Christie attended Sunday school and confirmation, even though church was 15 miles away from the farm. She was a circle member at Our Savior's Lutheran and later a member of the David Ladies Aid. She was also a member of the Just-a-Mere club, a neighborhood club in Little Cedar. In retirement she learned how to golf and quickly became highly skilled, winning local trophies and prizes. She was also good at crafts, sewed, knitted, painted china, and created a beautiful ceramic creche. Elsa enjoyed traveling alongside Ingemar and friends, and together they explored the U.S. And Canada in their RV. They made trips "home" to Sweden every few years and hosted their Swedish family members in the U.S. Often. They began spending winters in Arizona in the early 1970's and continued that tradition until 2018. Elsa was not an extrovert, but she loved to play cards and laugh with family and a number of very close lifelong friends. Elsa had a kind and gentle spirit. Even as dementia took her memory over the last few years of her life, she was always gracious, even when recognition was not there. The words to her favorite hymns also stayed in her head and heart and she loved to sing One Day at a Time, Jesus Loves Me, and In the Garden with family visitors. She dearly loved her children, grandchildren and great-grandchildren and was close to each one of them. Elsa is survived by her half-sister, Hilma Johansson and her sister-in-law, Ingbritt Arvidson both of Sweden; her children, Christie (John) Brandau of Osage, and Gary (Cheryl) Pearson of Osage, four grandchildren: Ingbritt Pearson of Osage, Iowa; Jennifer (Kyle) Carlson of Olathe, Kansas, Kara (Sean) Califf of Ankeny, Iowa; Ben (Monique) Brandau of Queen Creek, Arizona; and eight great-grandchildren: Emma, Andrea, and Samuel Califf; Annika, Linnea, and Luke Carlson; Trenton and Tatum Brandau. She is preceded in death by her husband, Ingemar, and her parents and siblings in Sweden.