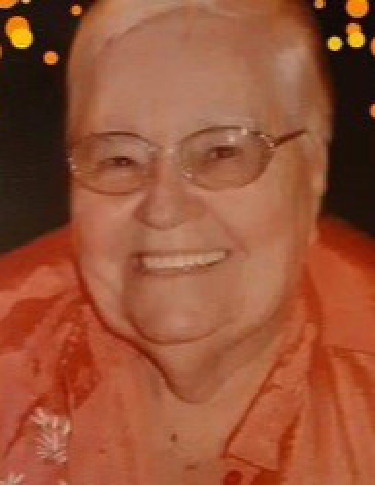 Stella (Salty) O'Rourke Alaniz 89, longtime South Texas area resident died at a local hospital in Harlingen, Texas on Wednesday evening, November 18th, 2020. Stella was born in Iowa City, Iowa on June 17th, 1931. She spent her early years in a Catholic orphanage where she was adopted by Bill and May Weber when she was in the second grade. May Weber was her birth mother's (Sylvia O'Rourke) sister. Stella grew up on her Aunt May's and Uncle Bill's farm near St Ansgar, Iowa and attended country school near Stacyville, Iowa. When she was ready for high school, she was boarded in Osage, Iowa and attended Osage Community High School, graduating with the Class of 1949. Stella enjoyed school and excelled as a student. As editor of the school newspaper, she and a classmate penned a column titled "The Salt & Pepper Shaker". Going forward, she was called Salty by everyone she knew. She was a member of the National Honor Society but her proudest achievement was that she never missed a day of school, ever, from K-12. She was married in Peoria, Ill. To Tom Barrett of Mitchell, Iowa in December, 1949. They raised six children in Mitchell. Stella drove school bus for many years for the Osage Community School District. She also drove gravel truck for Decklever Redi-Mix in Osage. She worked as a waitress at the Maid Rite Café. She was a long time member of the St Ansgar Catholic Church and she was active in her high school class reunion committees. Stella was truly an advocate for all kids in Mitchell and was the first one to help them find fun. She had an old school bus camper which she would load up with Mitchell kids on Friday or Saturday summer nights and get everyone in for free to the drive-in movies in St Ansgar, Iowa. At her table there was always an open seat or two at the dinner table for friends of the family and she was willing to open her home to kids in need. Stella enjoyed shopping at Goodwill Stores, flea markets, auctions and rummage sales. If there was a deal to be made, she was probably in the middle of it. She loved country music; Loretta Lynn, Johnny Cash, Hank Williams, Buck Owens and Roy Acuff. Roy being her favorite. Ten years after her divorce from Tom Barrett she married Frank Alaniz in 1975 Frank and Stella began wintering in Brownsville, Texas. While living there she drove school bus for the Brownsville School System. In 1981 she moved to Texas to live full time. Stella leaves four surviving children, son Michael Barrett (Janis) of Williamsburg, VA, daughter Peggy House of San Benito, Tx; son Daniel Barrett of Brownsville, Tx and daughter Sheila Barrett of San Benito, Tx., nine grandchildren and nine great-grandchildren. Stella was preceded in death by her parents, two infant sons, her first husband, Thomas, second husband Frank, one son Patrick Barrett (Irene)and one daughter Toni Buck (Randall), and son-in-law, Richard House. Private Family Funeral services will be held, Wednesday, November 25th at the Champion Funeral Home in Osage at 1:00 PM. Visitation will be at 11:00 AM prior to the services. Interment will be in Mitchell at the Oak Grove Cemetery immediately following. Due to Covid restrictions, viewing is limited to 15 visitors at one time. The family hopes that friends are able to come and say goodbye. The services are limited to immediate family and participants. Gravesite attendance is limited to 30 people. Social distancing and face masks will be required at all events.