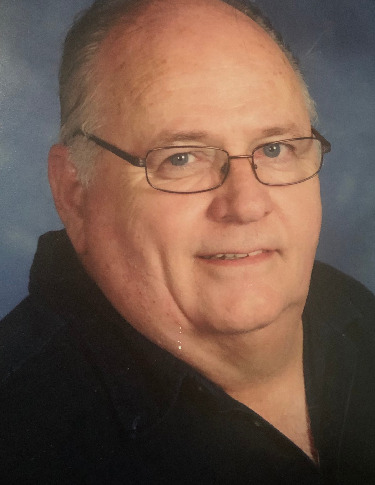 Charles "Chuck" Mallow passed away November 26th at Osage Rehabilitation and Health Care in Osage, Iowa. Cremation has taken place. Services will be held at a later date. Charles Lea Mallow was born to Giles and Imogene Mallow of Osage, IA along with his twin sister, Claudia, on October 17, 1947. He graduated from Osage with the class of 1966. He attended Iowa State in Ames for 1 year. He then joined the Navy. He served on the USS Sequoia, the Presidential yacht. He was honorably discharged in 1969 because of an accident that shattered his kneecap. He returned to his home in Osage. He then moved to Minneapolis to work for Western Electric. He met and married Gail Hollerbach. Chuck then went back to college and received his Bachelor Degree in Business. He then went to work for Hormel Foods. He was transferred to Salt Lake City where his first child, Adele, was born in 1975. He was then transferred to Springfield, MO and their second child, Christopher, came into his life. After a short stay there they were transferred to Tulsa, OK. Chuck and Gail were divorced. He then met the love of his life, Kathy Cockrum. They married in 1982. They were transferred to New Orleans area in 1985. In November of 1988 Christopher was diagnosed with leukemia (AML). They were able to get a transfer with Hormel to Minneapolis area to be near him at the University of Minnesota hospitals. Chris was there for 4 months. In May of 1989, Kristen Emilea Mallow joined their family. She was 3 months old when she came into their lives. She gave Chuck great joy and fit right into their family! He enjoyed fishing, playing cards, cooking, and golfing. He enjoyed them even more when he was with his loving family. He was a joy to talk to, and could always guarantee a laugh. He was an avid baseball fan and loved going to games. He is survived by: his wife Kathy; two daughters, Adele(Matt) Mallow-Spears of Menomonie, WI, Kristen (Ryan) O'Boyle of Oconomowoc, WI; son, Christopher Mallow of Billings, Montana; eight grandchildren: Tayla, Rhiannon, Quinten, Sheri, Rylie, Makynzie, Evan, and Levi; sisters, Crystal (Greg) Darrow of Fort Myers, Carolyn (Marty) Cowell of Clear Lake, brother-in-law, John Litzel of Ames, and five nieces and nephews. He is preceded in death by his parents, sister Connie Litzel, and twin sister Claudia Deaton, and daughter in-law Becky Mallow.