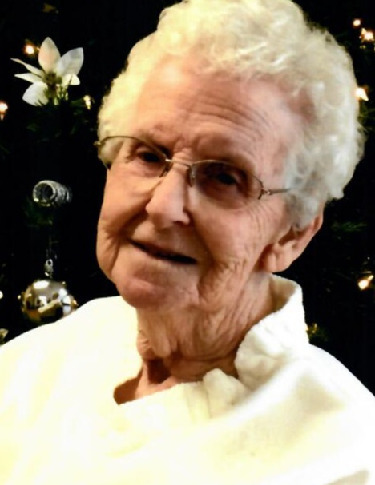 Joan Elizabeth (Rohne) Rockafellow, age 86, passed away on November 29, 2020 at Good Samaritan Center in St. Ansgar, Iowa. Joan was born on April 1, 1934 to Haakon and Juanita (Thompson) Rohne in Osage, Iowa. While roller skating at the local rink, Joan met the "love of her life", Dale E. Rockafellow. Joan and Dale were united in marriage on November 14, 1954. To this union four children were born Mark, Annette, Judy, and Melinda. Together Joan and Dale enjoyed traveling, camping and fishing. Joan enjoyed sewing, from sewing clothing for her children to later crafting beautiful quilts and handmade dolls for her grandchildren. Joan also enjoyed all types of needle work – knitting, crocheting, and embroidery just to name a few. Joan had a passion for BINGO and played often and was known to always be lucky. She loved listening to music, sing-a-longs were her favorite. Joan is survived by her: children, Mark (Nina) Rockafellow of Austin, MN, Annette (Curt) Halvorson of St. Ansgar, IA, Judy (Don) Garrison of Coolidge, AZ, and Melinda (Jeff) Schumacher of Longville, MN; seven grandchildren; seventeen great-grandchildren; sister-in-law, Barb Rohne. Joan is preceded in death by her: parents, Haakon and Juanita Rohne; husband, Dale in 2006; sisters, Shirley Adams and Marylou Weber; and brother, Richard (Dick) Rohne. A memorial service will be held at a later date. In lieu of flowers any memorials given will be directed to the Good Samaritan Center, Activity department.