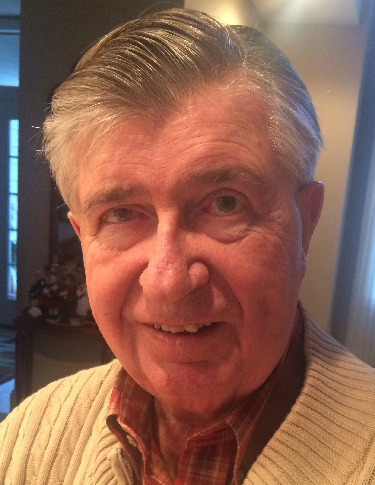 Delbert Lee Jensen passed away at the Good Samaritan Center in St. Ansgar, Iowa on December 15, 2020. Delbert was born on March 19, 1940 to Gerhardt and Clarine Jensen in Estherville, IA. His dad was a barber in Graettinger and Delbert enjoyed telling the story of how his first job was shining shoes in the shop for $.25 a pair. Delbert was married to Gail Kummerfeldt on August 30, 1959 in Ruthven, IA. Delbert received his Associates of Arts Degree from Estherville Junior College and returned to school for his BA Degree in 1963 from Colorado State Teachers College. He then went on to get his Masters from The University of Iowa and Specialist from Iowa State University. He spent his life pursuing higher education while at the same time advocating for positive progress in his home communities. With Delbert's teaching degree, he taught in Lehigh and Cedar Rapids before moving to Madrid, IA where he assumed the duties of Elementary Principal. After receiving his Specialist Degree in 1972, Delbert became the Superintendent of Central Dallas Community School in Minburn, IA. In 1975, Delbert accepted the Superintendent position at St. Ansgar Community Schools. A traumatic brain injury in 1986 prompted his resignation and early retirement. Delbert always believed in being involved in his community and in Minburn he was instrumental in establishing a local Lion's club. In 1980 he received the Governor's Leadership Award for efforts in building the Acorn Park Golf course. Delbert is also given credit for helping the local grain elevator rebuild in St. Ansgar after a fire totally destroyed the business in January 1986. After his accident, he was appointed to serve on the Governor's Brain Injury Advisory Council. Delbert is survived by his wife, Gail and their three children and spouses: Dot ( Jon ) Kuenstling, Del ( Brenda ), Dale ( Kelly ), one brother Ronald ( Rosalie ), 6 grandchildren: Carly and Matt Kuenstling, Ami and Alex Jensen and Steven ( Destiny ) and Mariah Jensen and two great-grandchildren: Addysyn and Royce. Delbert is preceded in death by his parents Gerhardt and Clarine. Family funeral services will be held at First Lutheran Church in St. Ansgar, IA December 19th. In lieu of flowers, memorial contributions maybe sent to Good Samaritan Society, Dollars for Scholars or First Lutheran Church in St. Ansgar, IA.