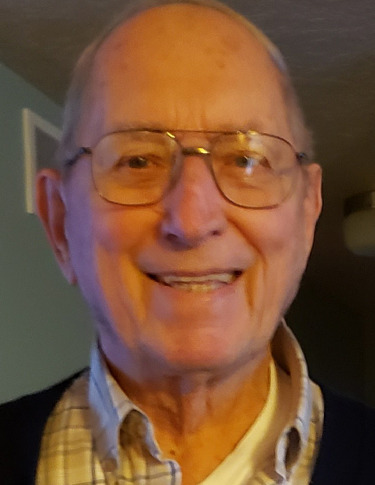 An eternal early riser, John passed away peacefully on the early hours of January 27, 2021 at Faith Lutheran Home in Osage, IA. A private family service will be Tuesday, February 2, 2021, at Our Savior's Lutheran Church in Osage with Rev. Cindy S. Krause officiating. Burial will be in the Osage Cemetery. A Celebration of John's Life event will be scheduled for a later date. John was born on December 14, 1934 near Bigelow, MN. He was raised on a dairy farm and attended a small one-room school in Sibley, IA and later, Western Christian High in Hull, IA, graduating in 1953. Following high school, he enlisted in the Army National Guard and served as a medic at bases throughout the United States, including California and Kansas. Afterward, he attended Calvin College in Grand Rapids, MI, graduating with a dual major in History and Political Science. John met his wife, Karen, on a blind date in Hartley, IA, introduced by mutual friends. Their first interaction (even before meeting in person) took place on the golf course, where Karen nearly struck him with a golf ball that unexpectedly veered in his direction. Undeterred, they met for dinner that night and were married less than a year later on June 22, 1968. Soon after, they relocated to Osage, IA, where they taught for 30 years, Karen as a third and fourth grade teacher and John teaching middle school history, focusing on the American colonial period. Always committed to his students but never content to stay within the confines of the textbook, John frequently included obscure trivia – and even more recent accounts from his own life -- in his daily lessons. When not in the classroom, he could be found at high school sporting events and fine arts performances. Most weekends (and every Thursday evening), he would golf with friends at the local country club. Even after retiring, John was an avid reader and scholar, enjoying biographies of Winston Churchill and Abraham Lincoln as much as humorous writings of authors like Mark Twain, Garrison Keillor and Patrick McManus. His studies and life experiences added to his encyclopedic knowledge of facts and dates, which he was always ready to build into stories and anecdotes, weaving them into almost every conversation (or more frequently, building conversations around the stories themselves). In his later years, John and Karen spent winters in Orange Beach, AL, enjoying the warm weather, walking along the shore and collecting shells. John loved crossword puzzles, playing cards and especially chatting over dinner and drinks with family, friends and even complete strangers. He was a committed Christian, and was very active in his church, serving as an elder and Sunday school teacher for many years. He is survived by his wife, Karen, of Osage, IA, daughter, Jill, of Des Moines, IA, son, Dan (Emily) and granddaughters Morgan and Eve, of Charlotte, NC.