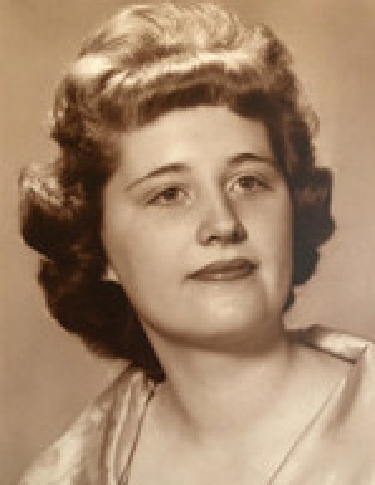 Madelyn Stayner, age 79, of Mitchell, died Saturday, August 29, 2020, while under Hospice Care at the Good Samaritan Society Nursing Home in St. Ansgar. A Private Family Funeral Service will be held at 1:00 p.m. Friday, September 4. 2020, at the Champion Funeral Home in Osage with Pastor David Werges officiating. Burial will be at the Osage Cemetery. Visitation is from 12:00 p.m. to 1:00 p.m. Friday at the Champion Funeral Home. Due to Cov-19 face mask will be required. Madelyn was born January 12, 1941, in Charles City, Iowa, the daughter of Walter and Lila (Cross) Cline. She attended Charles City Schools. Madelyn was united in marriage to Edward Leland Stayner on April 16. 1966 at the Methodist Church in Charles City. Madelyn worked at Maple Manor and then Fox River where she retired from. She was a member of Faith Lutheran Church in Mitchell, where she served as a Sunday school teacher, Deacon and trustee. In her younger years she was a good bowler. Madelyn loved to read, knit and crochet, and crocheted something for each child and older grandchildren until Arthritis made unable for her to do it anymore. She was a loving wife, mother and grandmother. She was known to go all out on the holidays and would love to visit with anyone about the old times. Most of all Madelyn loved her family. Madelyn is survived by her children, Sara (Les) Hardy of Osage, Timothy (Ashlyn) Stayner of Mitchell, Shanan (Jimmy) Evens of Oelwein. Theadoar (Amanda) Stayner of Nora Springs and Samuel Stayner of Otranto; 12 grandchildren, Rachel Hardy, Daniel Hardy, Jakobi Stayner, Jasmine Stayner, Jayson Stayner, Logan (Emily) Hackensmith, Lucas Stayner, Desiree Chanel, Madelynn Stayner, Violet Stayner, Charlotte Stayner and Eddie Stayner; one great-grandchild, Alice Hackensmith; brothers, Gary Cline of Charles City, Dale (Cheryle) Cline of Charles City; brother-in-law, Grayling (Marilyn) Stayner of Northwood, sister-in-law, Kathleen Corell of Mason City and many nieces and nephews. She was preceded in death by her parents; her husband, Edward Stayner; sister, Mary Cline, step-brothers, Donald and Darold Cline; step-sister, Maxine Monroe; brother-in-law, Roger Croell; niece, April Stayner; and Samuel’s fiancé, Theresa Naley.